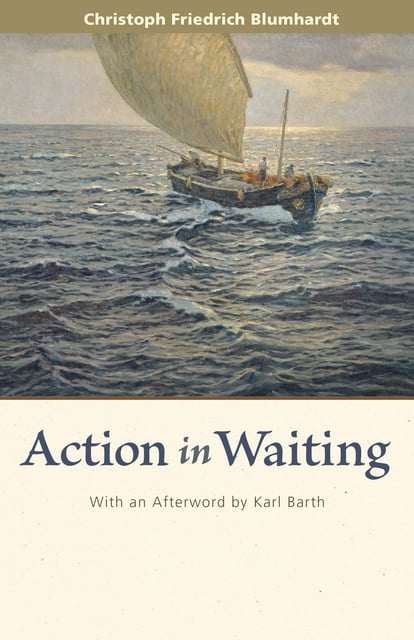 Given the number of people who’ve been “saved,” you’d think the world was becoming a brighter place. It could be, too, if more people would grasp the joy of losing themselves in service to God and each other. People like Christoph Blumhardt, who, in his quest to get to the essentials of faith, burns away the religious trappings of modern piety like so much chaff.

Blumhardt writes with unabashed fervor, but his passion encourages rather than intimidates. His witness influenced theological giants like Dietrich Bonhoeffer and Karl Barth. But Action in Waiting is not theology; it is too blunt, too earthy, too real. Its “active expectation” of God’s kingdom shows us that the object of our hope is not relegated to some afterlife. Today, in our world, it can come into its own – if only we are ready.