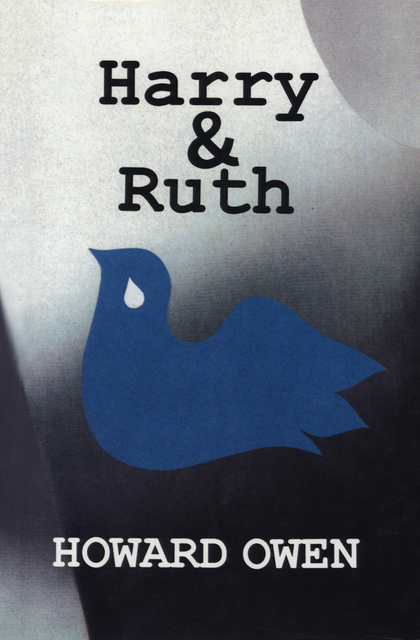 Don’t torture yourself, Ruth Crowder Flood has always told Harry Stein. Don’t let your life be ruined by what might have been. But he can’t help it. And, in truth, neither can she. In the one short moment that was theirs, Ruth had too much pride and Harry didn’t have enough courage. In the instant that defined the rest of their lives, they both hesitated and were lost, condemned to wander in a wilderness of their own making. In Harry & Ruth, Howard Owen’s fifth novel, two unlikely lovers learn just how much their lives can be defined by one bad decision.

They will be seasoned by wars both foreign and domestic, by Washington and state politics, by an Olympic swimmer they’ve both failed in different ways, by business and financial success—and by two haunted and disastrous marriages. Through it all, Harry and Ruth endure—on paper. They begin writing in the fall of 1942 and never stop. Now it’s the fall of 1995, hurricane season again.

Ruth Crowder Flood is 70 years old, the matriarch of a damaged, secret-hoarding family. Harry Stein is dying, and he wants to tie up a plenitude of loose ends. All that remains is for some of the famous Crowder family reserve to melt away, so that a disaffected daughter might understand everything, even the mystery of what happened to Henry Flood.