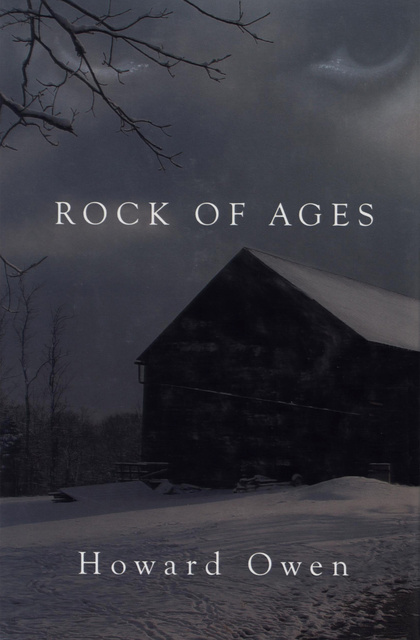 From the author of Littlejohn: A haunting novel that will “appeal to readers of Southern fiction and to genre fans who favour character-driven crime stories” (Booklist).

Littlejohn McCain has been dead eleven years. In that time, his daughter has divorced one husband and buried another. Georgia has reclaimed her original name and believes she is starting to settle comfortably into the last and quietest third of her life. But then she starts seeing her dead father—not just in dreams, but also in her Montclair University classroom.

Her son Justin is already down in Scots County, North Carolina, with his pregnant girlfriend, helping prepare what’s left of Littlejohn’s farm for sale. On the verge of a breakdown, Georgia joins them. As a girl, Georgia couldn’t wait to get away from the farm and her moribund hometown. She’s back now, but only long enough to sell the former and bid a final, less-than-fond farewell to the latter. Or so she thinks.

When her cousin Jenny dies neglected and under mysterious circumstances, Georgia is forced to deal with a major dose of baby-boomer guilt. She’s always told herself that she could live with the knowledge that she would never truly “do right” by her older relatives, but now she’s not so sure. The “peace that passes understanding” about which the members of her father’s old church sing seems far beyond her reach. Georgia, with grandmotherhood and a ghost hovering, tries to discover what really happened to Jenny and partially redeem herself. In the process, she will find two things she never expected in the middle of the dead-calm boredom of East Geddie—requited, taboo-flouting lust and a murder mystery.

From the acclaimed author of Oregon Hill, Rock of Ages is “rich in character and place [and] a haunting odyssey toward redemption and repatriation” (Publishers Weekly).