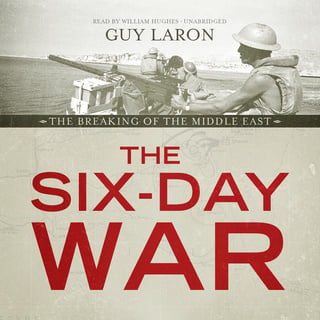 Автор: Guy Laron
Чтец: William Hughes
Формат: Аудиокнига
15Ч 27М
английский
3,68
One fateful week in June 1967 redrew the map of the Middle East. Many scholars have documented how the Six-Day War unfolded, but little has been done to explain why the conflict happened at all. As we approach its fiftieth anniversary, Guy Laron refutes the widely accepted belief that the war was merely the result of regional friction, revealing the crucial roles played by American and Soviet policies in the face of an encroaching global economic crisis, and restoring Syria’s often overlooked centrality to events leading up to the hostilities.

No Shadows in the Desert: Murder, Espionage, Vengeance, and the Untold Story of the Destruction of ISIS