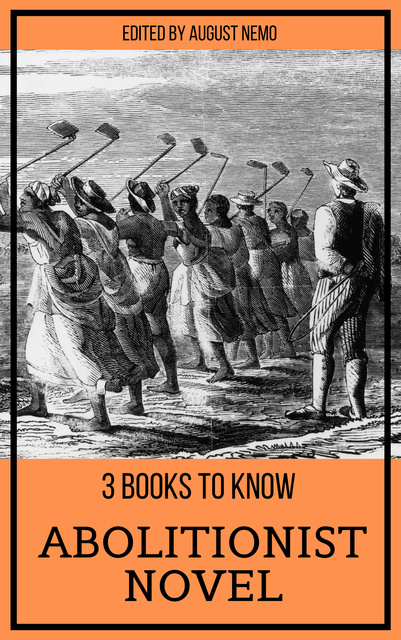 Welcome to the 3 Books To Know series, our idea is to help readers learn about fascinating topics through three essential and relevant books.

These carefully selected works can be fiction, non-fiction, historical documents or even biographies.

We will always select for you three great works to instigate your mind, this time the topic is: Abolitionist Novel.

- Uncle Tom's Cabin by Harriet Beecher Stowe
- Narrative of the Life of Frederick Douglass, an American Slave by Douglass
- The Narrative of William W. Brown, a Fugitive Slave by William Wells Brown

Uncle Tom's Cabin is an anti-slavery novel by American author Harriet Beecher Stowe. Published in 1852, the novel had a profound effect on attitudes toward African Americans and slavery in the U.S. and is said to have "helped lay the groundwork for the Civil War".

William Wells Brown (c. 1814 – November 6, 1884) was a prominent African-American abolitionist lecturer, novelist, playwright, and historian in the United States. Born into slavery in Montgomery County, Kentucky, near the town of Mount Sterling, Brown escaped to Ohio in 1834 at the age of 20. He settled in Boston, Massachusetts, where he worked for abolitionist causes and became a prolific writer.

This is one of many books in the series 3 Books To Know. If you liked this book, look for the other titles in the series, we are sure you will like some of the topics