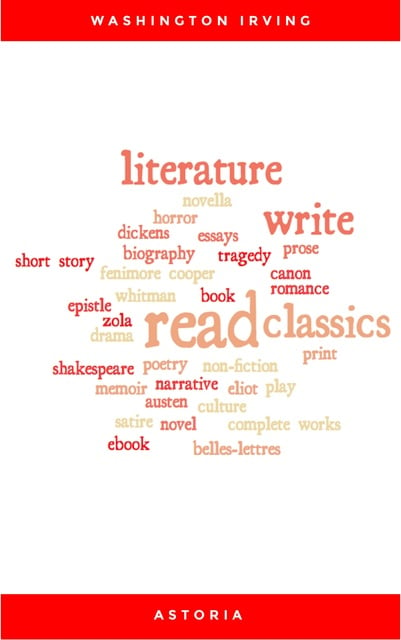 "Astoria" tells the story of survival and the difficulties faced by the people who undertook the tremendous Oregon Trail in 1810-1812 encountering harsh environment and hostile native Indians and still carrying on with their journeys. This is the founding story of Astoria and the people who made it possible…
Excerpt:
"Two leading objects of commercial gain have given birth to wide and daring enterprise in the early history of the Americas; the precious metals of the South, and the rich peltries of the North..."
Washington Irving (1783–1859) was an American short story writer, essayist, biographer, historian, and diplomat of the early 19th century.