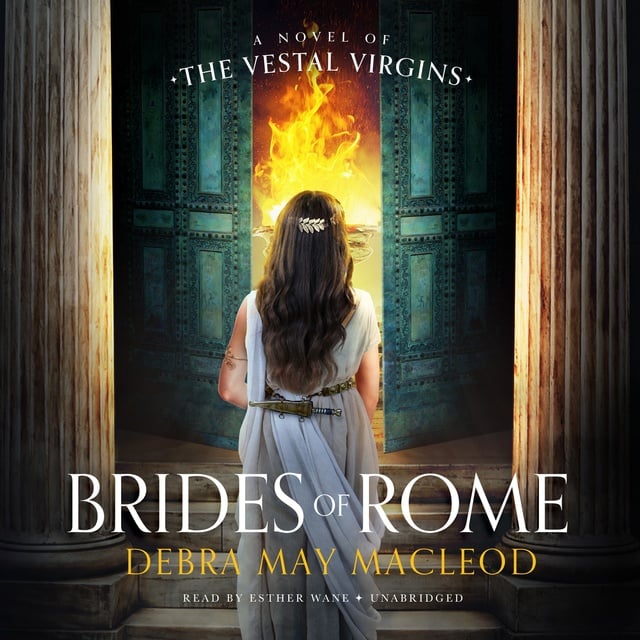 It is a world of power and privilege, secrets and sacred duty. It is the world of ancient Rome. And it is the esteemed Vestal Virgins—priestesses of Vesta, goddess of the home and hearth—who protect the Eternal Flame that protects the Eternal City.

Dedicated to a thirty-year vow of chaste service, Priestess Pomponia finds herself swept up in the intrigue, violence, wars, and bedroom politics of Rome’s elite—Julius Caesar, Antony and Cleopatra, Octavian and his maneuvering wife, Livia—all the while guarding the secret affection she has in her heart.

But when a charge of incestum—a broken vow of chastity—is made against the Vestal order, the ultimate punishment looms: death by being buried alive in the “Evil Field.”

In Brides of Rome, Book One in the Vesta Shadows series, Debra May Macleod skillfully re-creates the world of ancient Rome with all its brutality and brilliance, all its rich history and even richer legend. A true page-turner that is as smart as it is compelling, this must-read novel brings the Vestal order to life like never before.

The Vesta Shadows trilogy spans decades, from 45 BCE to 14 CE. It follows the life of the Vestal priestess Pomponia Occia, who is inspired by the real Vestal Occia who lived during this time, serving in the Temple of Vesta for more than fifty years. Set during the tumultuous years that saw the fall of the Roman Republic and the rise of the Roman Empire under Augustus—and beyond—it dramatizes some of the major historical events that occurred during her lifetime while simultaneously bringing ancient Rome to life with fast-paced, engrossing, and visceral storylines played out by a striking cast of characters. 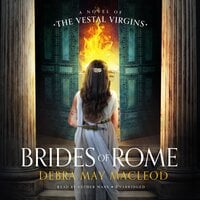