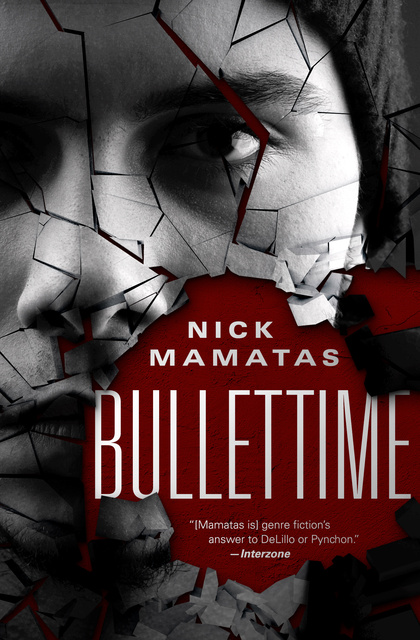 “Think Run Lola Run by way of the Columbine massacre. . . . A noir steeped in teenage misery and revenge” by the author of Sensation and Sabbath (Backlisted).

Every day, Dave Holbrook runs the gauntlet of high school in northern New Jersey, complete with racial tensions, bullying, and outright violence. His home life isn’t so great either. His mother’s an alcoholic and his father can’t be bothered. So Dave subsists on over-the-counter cough syrup and his love for her . . .

She’s a transfer student, a waitress, a goddess of discord named Eris. And she offers Dave a way out of his miserable existence—and into an infinite number of tragically short lives. In one, he dies of bronchitis as a baby. In another, he has a job installing lottery machines until a fatal car wreck. And in the darkest one of all, he arms himself with an Uzi and walks into his school. No matter what happens, it seems, Dave is trapped on a never-ending ride of infinite possibilities—with Eris at the wheel.

“Nick Mamatas’s work is often so relevant and timely as to border on the prophetic, and his fourth solo novel is no exception. It may also be his most accessible book to date, which is all the more impressive when you consider its non-linear, unique structure, and the Gus Van Sant-sized elephant in the classroom—Bullettime centers around a miserable teenager shooting up his high school.” —Strange Horizons