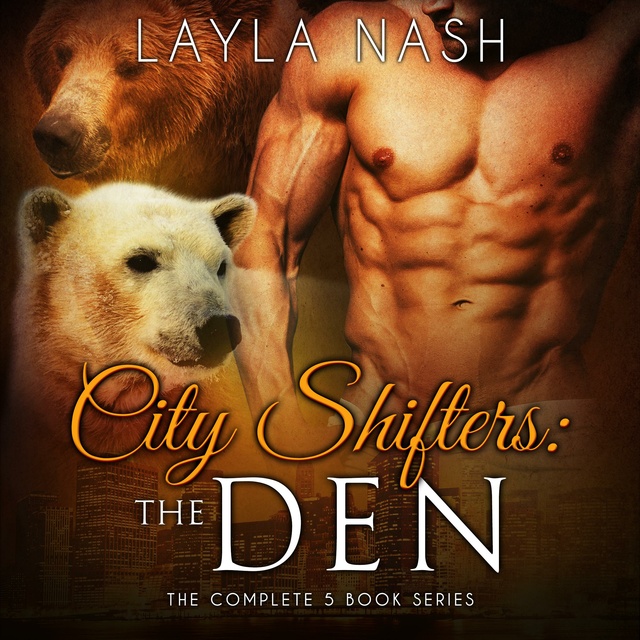 The complete five book series of City Shifters: the Den! Find out if Kaiser and his rowdy bear brothers survive the bad guys, wreak some vengeance, and find true love!

Bearing Burdens: Josie just needs to pay off her loan shark and get custody of her nieces and nephew. But when she saves Kaiser's life, she discovers a whole world of shifters exists in the city -- and her dead sister might have been involved in it. Will Josie risk everything she loves to stay with Kaiser, including her own life and humanity, or shoulder her burdens on her own yet again?

Bearing Hearts: Lucy couldn't save her partner, Ragnar, when their mission against a rogue wolf-pack went bad, but she can finish the job. Reaching the investigator who hired her seems easy enough -- until she runs into a man with Ragnar's face and twice as much attitude. Can they avenge Ragnar's death and get closer to destroying the rogue wolf-pack?

Bearing Scars: Kara knows she has to save her brother from rogue wolves, but faces a death in the woods until an enormous bear shifter saves her. Owen is everything she needs, but Kara discovers he needs her more. But when the rogue pack demands a trade, how far will Kara go to save her brother?

Bearing Demons: When Malcolm's little sister disappears into the city's underworld, Greer walks a fine line between her oath as a detective and her growing feelings for Malcolm. She’ll even face off with Russian mobsters, crazy fae overlords, and a rogue pack to save Malcolm’s sister. But will that be enough to save Malcolm?

Bearing Secrets: Sunny handles whatever the world throws at her... until she rescues a pregnant lady carrying a little boy with a puppy tail and ends up with a gorgeous Russian thug as a bodyguard. But when her relationship with Sasha makes Sunny a target, she starts to think some of his secrets are too dark to survive. Will Sasha's secrets ruin his future with Sunny, or will he finally break free of the past? 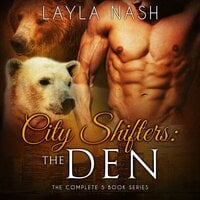