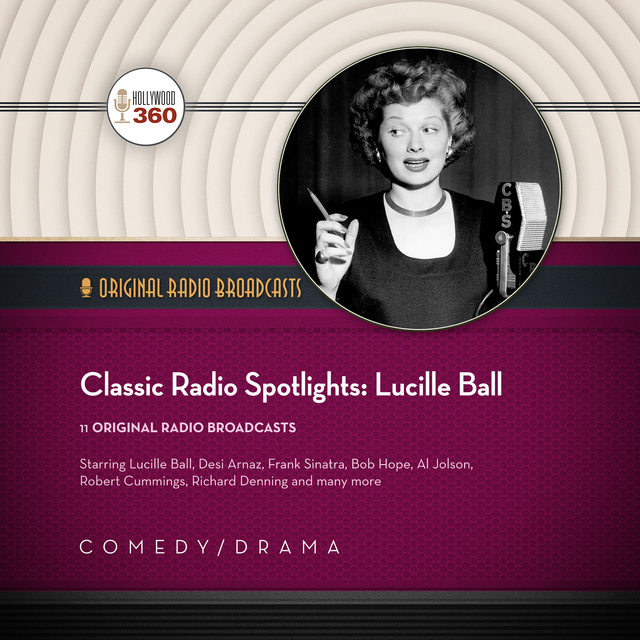 This collection showcases Lucille Ball’s amazing spectrum of radio work, from comedy to mystery and everything in between.

As Lucy Ricardo, Lucille Ball brought a tomboy’s enthusiasm and a scatterbrained quality to the long-running television program I Love Lucy. She was the wacky wife making life difficult for her loving but exasperated husband Ricky Ricardo, played by Ball’s real-life husband Desi Arnaz. Long before I Love Lucy, Ball worked her way up Hollywood’s ladder, appearing in films and many radio shows, including dramatic roles in which she could show her acting chops.

In the summer of 1948, she accepted the role of Liz Cooper, a zany housewife who found herself facing comical situations, in the radio comedy My Favorite Husband. In the series, Liz Cooper’s husband George Cooper was played by veteran actor Richard Denning. But Lucille Ball also acted in episodes of the radio mystery Suspense and in Lux Radio Theatre’s adaptation of Broadway plays.

This collection of eleven episodes that aired from 1945 to 1951 includes: 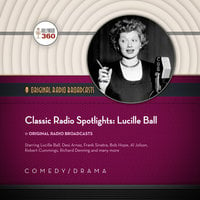