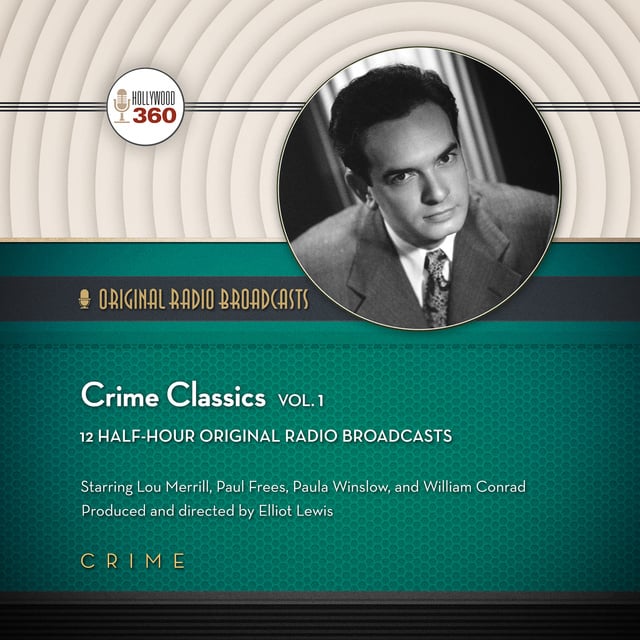 Crime Classics was a true-crime radio docudrama that aired on CBS from June 1953 to June 1954. Created, produced, and directed by Elliott Lewis, the program examined crimes and murders throughout history. Founded in Lewis’ own personal interest in famous murder cases, the program meticulously recreated the facts, atmosphere, and personages of the era in which the crime took place. Very little dramatic license was taken with the facts, but a touch of humor was added to the narration of the story to soften the tragedy.

The crimes dramatized spanned from ancient Greece to late nineteenth-century America. Some were famous assassinations, such as Abraham Lincoln and Julius Caesar, and others were more obscure cases, such as Bathsheba Spooner, who became the first woman tried and executed in America after killing her husband in 1778. Actor Lou Merrill played the host, Thomas Hyland, and the series featured radio’s finest supporting players.

Episodes include:
“The Checkered Life and Sudden Death of Colonel James Fisk Jr., Esq.” “The Shrapnelled Body of Charles Drew Sr.” “The Terrible Deed of John White Webster and His Crime That Shocked the Nation” “The Dread Events Surrounding Mr. Thrower’s Hammer” “The Axe and the Droot Family; How They Fared” “The Bloody, Bloody Banks of Fall River” “The Hangman and William Palmer. Who Won?” “Raschi among the Crocodiles and the Prank He Played” “The Killing Story of William Corder and the Farmer’s Daughter”“If a Body Need a Body, Just Call Burke and Hare” “The Assassination of Abraham Lincoln” “John and Judith, Their Crime, and Why They Didn’t Get to Enjoy It” 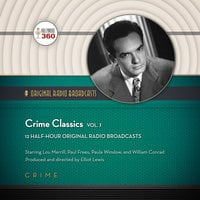