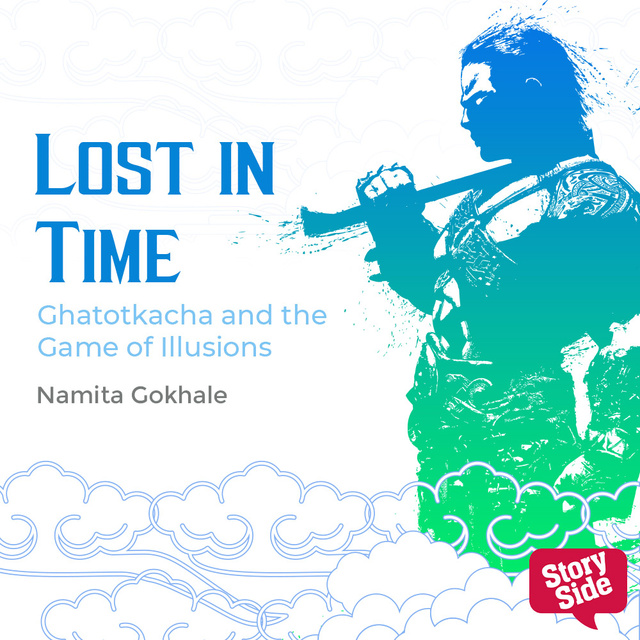 Lost In Time - Ghatotkacha and the Game of Illusions

Lost In Time - Ghatotkacha and the Game of Illusions

'I am the rakshasa Ghatotkacha, born of the Lord Bhimasena and the lady Hidimba. I rule over hill and vale, wood and stream, protecting the spirit of the forest and all who live in it.'
Young Chintamani Dev Gupta, on holiday in a bird camp near Lake Sattal, is transported via a wormhole to the days of the Mahabharata. Trapped in time, he meets Ghatotkacha and his mother, the demoness Hidimba. But the gentle giant, a master of illusion and mind-boggling rakshasa technology, wields his strength just as well as he knows the age-old secrets of the forest and the elemental forces. And in his enlightening company, Chintamani finds himself in the thick of the events of the most enduring Indian epic. An intense yet tender look at a rare friendship as well as the abiding puzzles of the past, this is a fascinating read.

Namita Gokhale is the author of sixteen books, including nine works of fiction and seven works of non-fiction. Her Puffin Mahabharata has been a classic favourite with readers young and old. She is co-founder and co-director of the ZEE Jaipur Literature Festival and Mountain Echoes: The Bhutan Festival of Literature, Art & Culture. In 2017, she became the first recipient of the Asam Sahitya Sabha’s Centenary National Award for Literature. 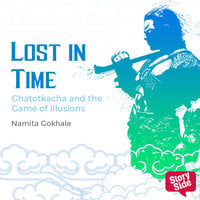