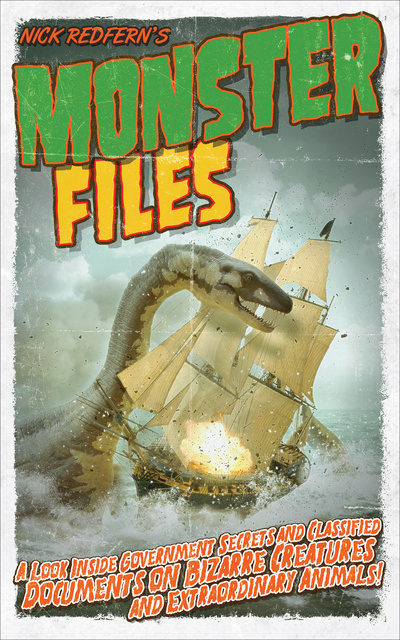 Monster Files: A Look Inside Government Secrets and Classified Documents on Bizarre Creatures and Extraordinary Animals

Monster Files: A Look Inside Government Secrets and Classified Documents on Bizarre Creatures and Extraordinary Animals

The author of Three Men Seeking Monsters investigates what the government isn’t telling us about strange creatures from Werewolves to psychic pets.

Rumors have circulated for decades that government agencies across the world have been secretly collecting and studying data on bizarre beasts, amazing animals, and strange creatures. Bigfoot, the Loch Ness Monster, sea serpents, psychic pets, the chupacabras, and the abominable snowman have all attracted official, classified interest.

Now the full, fearsome facts are finally revealed in Nick Redfern’s Monster Files. In these pages, you will discover all the amazing truths, conspiracies, and cover-ups behind the secret studies by the Pentagon, the Kremlin, and the British military, among many others. Despite what your parents might have told you when you were a child, monsters really do exist. And our governments know all about them.