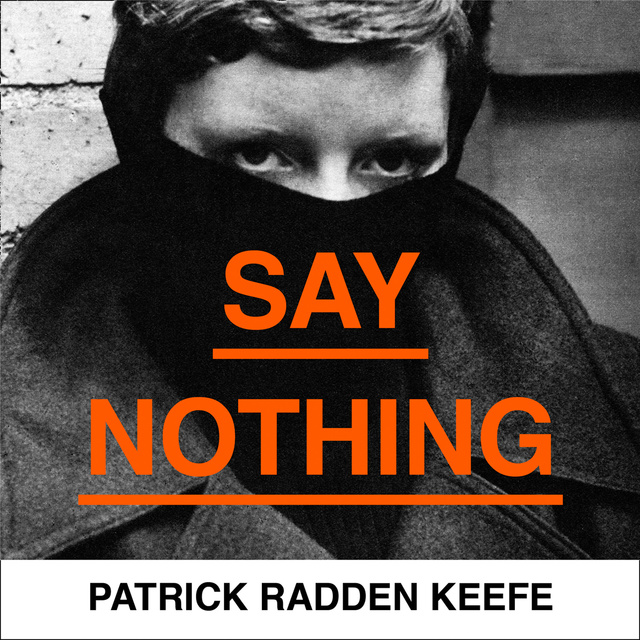 WINNER OF THE ORWELL PRIZE FOR POLITICAL WRITING 2019A BARACK OBAMA BEST BOOK OF 2019SHORTLISTED FOR THE NATIONAL BOOK AWARD FOR NONFICTION 2019TIME’s #1 Best Nonfiction Book of 2019A NEW YORK TIMES BESTSELLER‘A must read’ Gillian Flynn
One night in December 1972, Jean McConville, a mother of ten, was abducted from her home in Belfast and never seen alive again. Her disappearance would haunt her orphaned children, the perpetrators of this terrible crime and a whole society in Northern Ireland for decades.

In this powerful, scrupulously reported book, Patrick Radden Keefe offers not just a forensic account of a brutal crime but a vivid portrait of the world in which it happened. The tragedy of an entire country is captured in the spellbinding narrative of a handful of characters, presented in lyrical and unforgettable detail.

A poem by Seamus Heaney inspires the title: ‘Whatever You Say, Say Nothing’. By defying the culture of silence, Keefe illuminates how a close-knit society fractured; how people chose sides in a conflict and turned to violence; and how, when the shooting stopped, some ex-combatants came to look back in horror at the atrocities they had committed, while others continue to advocate violence even today.

Say Nothing deftly weaves the stories of Jean McConville and her family with those of Dolours Price, the first woman to join the IRA as a front-line soldier, who bombed the Old Bailey when barely out of her teens; Gerry Adams, who helped bring an end to the fighting, but denied his own IRA past; Brendan Hughes, a fearsome IRA commander who turned on Adams after the peace process and broke the IRA’s code of silence; and other indelible figures. By capturing the intrigue, the drama and the profound human cost of the Troubles, the book presents a searing chronicle of the lengths that people are willing to go to in pursuit of a political ideal, and the ways in which societies mend – or don’t – in the aftermath of a long and bloody conflict. 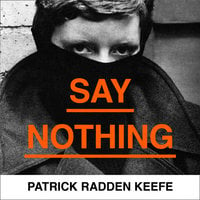