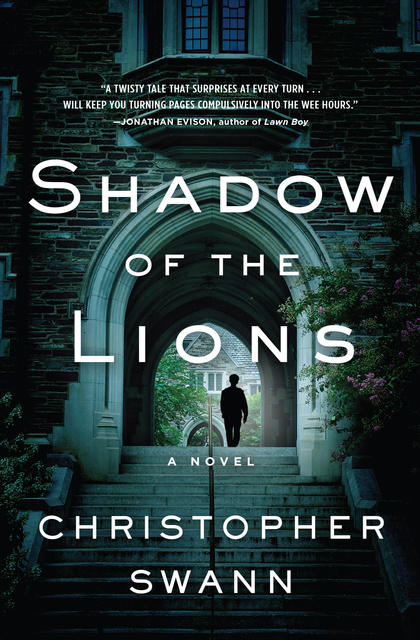 Shadow of the Lions: A Novel

Shadow of the Lions: A Novel

“A literary thriller and coming-of-age story set at an elite Virginia boarding school. A promising, well-crafted debut” (The Atlanta Journal-Constitution).

How long must we pay for the crimes of our youth? That is just one question Christopher Swann explores in this compulsively readable debut, a literary thriller set in the elite—and sometimes dark—environs of Blackburne, a prep school in Virginia. When Matthias Glass’s best friend, Fritz, vanishes without a trace in the middle of an argument during their senior year, Matthias tries to move on with his life, only to realize that until he discovers what happened to his missing friend, he will be stuck in the past—guilty, responsible, alone.

Almost ten years after Fritz’s disappearance, Matthias gets his chance. Offered a job teaching English at Blackburne, he gets swiftly drawn into the mystery. In the shadowy woods of his alma mater, he stumbles into a web of surveillance, dangerous lies, and buried secrets—and discovers the troubled underbelly of a school where the future had once always seemed bright.

“Fast-paced and full of unexpected turns, Christopher Swann’s Shadow of the Lions pulls readers into the dark underworld looming beneath a prestigious boys’ boarding school. ” —Mira Jacob, author of The Sleepwalker’s Guide to Dancing

“Comes alive with action and intrigue. ” —The Wall Street Journal