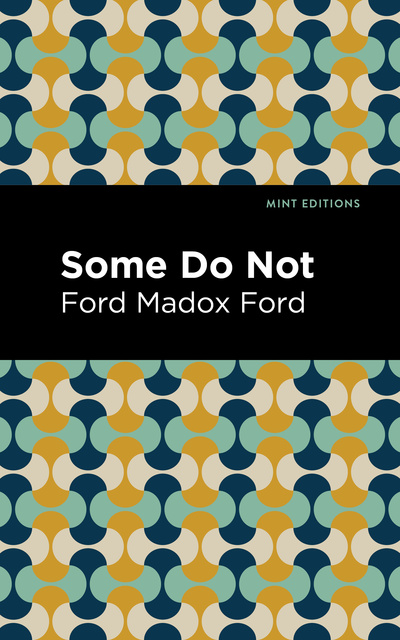 Some Do Not (1924) is a novel by Ford Madox Ford. Set during the First World War, the novel is the story of Christopher Tietjens, a brilliant statistician and wealthy aristocrat known as “the last Tory. ” As he moves from a faithless marriage into an affair of his own, eventually volunteering to fight under dubious—perhaps suicidal—motives, Tietjens appears both symbolic and tragically human, a casualty of a dying era dedicating its final breaths to death, despair, and destruction. Adapted for television twice—a 1964 series starring Ronald Hines and Judi Dench, as well as a 2012 series starring Benedict Cumberbatch and Rebecca Hall—Parade’s End is essential to Ford’s reputation as a leading novelist of the twentieth century.

In the words of W. H. Auden, “There are not many English novels which deserve to be called great: Parade’s End is one of them. ” In the years of tenuous peace leading up to the Great War, Christopher Tietjens is known as a brilliant man with a distinguished past and a promising future ahead of him. Behind his successful façade, however, he devotes himself to work in order to avoid confronting his unfaithful wife Sylvia, a prominent aristocrat.

Additionally, Tietjens finds himself alienated by a modernizing Britain, which no longer seems to belong to the landed gentry from whom he descends. Caught up in a passionate affair with a beautiful young Suffragette, despairing over his marriage and social life, he decides to enlist in the army at the onset of war with Germany, leaving his peers—but not his past—behind. With a beautifully designed cover and professionally typeset manuscript, this edition of Ford Madox Ford’s Some Do Not is a classic work of British literature reimagined for modern readers.