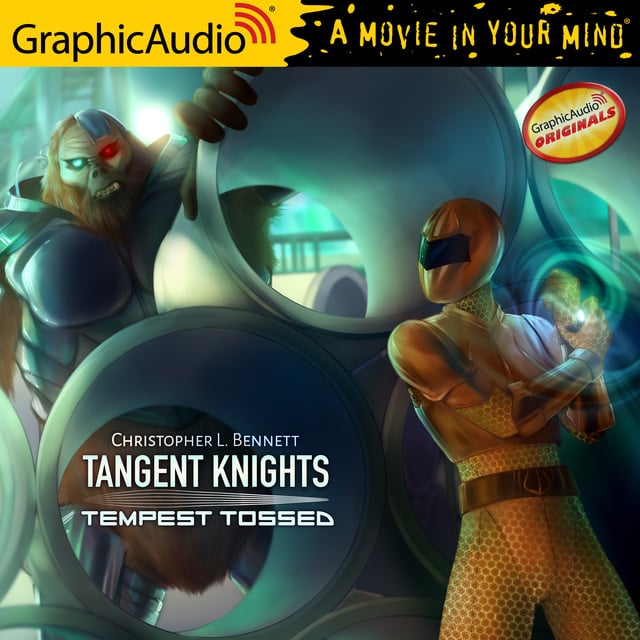 "GraphicAudio’s spectacular original super-heroic series powers on to new heights of action and intrigue, available in no other format!

In a world where communication with parallel Tangent Earths has brought a disruptive influx of new beliefs and scientific innovation, college-student and fangirl Corazon Kagami continues to discover astonishing new facets to the abilities she’s unexpectedly acquired in the accident that transformed her into Tangent Knight Caprice, the foremost of a growing ensemble of armored super-warriors very much like the heroes and villains of her favorite tokusatsu shows.

Earth-shattering revelations about her technology magnate mother Morgan Herrera and her cyborg security team Fireforce have put Cory on the side of Matrix, the interdimensional law enforcement agency tasked with bringing Morgan to justice. Daniel Vajra, the Tangent Knight called Tempest, is increasingly driven by his pursuit of vengeance against those responsible for his sister Meera’s death, and an astonishing confrontation with Fireforce’s powerful new warrior pushes him over the edge. Tempest’s desperate use of dangerous, largely untested cutting-edge tangent tech weaponry in his vengeful quest sends him out of control, a menace to foe and friend alike. 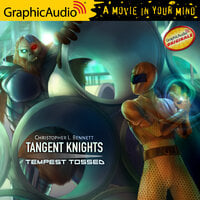