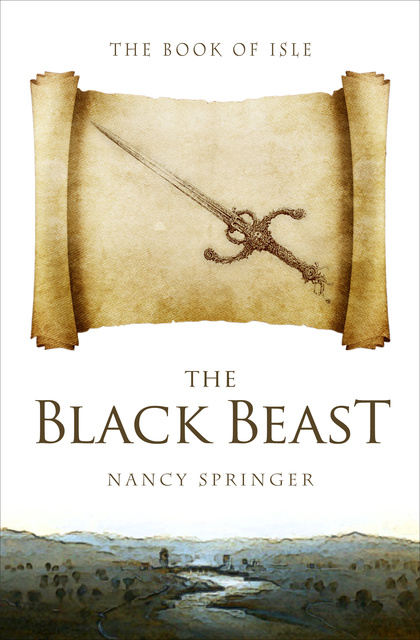 In Nancy Springer’s enthralling fourth volume of the Book of Isle, two young princes set out to destroy their own father and the pervasive evil that poisons the kingdom

An epic saga set in an ageless island stronghold of magic and mystery, Nancy Springer’s Book of Isle series is considered by many to be among the most accomplished offerings in all of fantasy literature, as lyrical and inventive as the classic works of J. R. R. Tolkien. In this unforgettable novel, a violent rift in a royal house threatens to tear an entire kingdom asunder.

The next in line to rule the troubled realm of Melior, Prince Tirell gave his heart to the gentle and beautiful peasant girl Mylitta. But she died at the cruel whim of Tirell’s father, the king, who insists on a more politically expedient match for his rebellious son. Since the murder of his love, Tirell’s heart has hardened, and now, with the aid of his younger brother, Frain, the healer, he seeks an army that will help him defeat the evil, unrepentant monarch. All hope for victory in the war to come awaits the brothers somewhere deep in the mysteries of the Vale, where a beautiful goddess also dwells. But a sinister presence is spreading its malevolence throughout the land—and Melior can never again be truly whole until the kingdom is rid of the terrible scourge of the Black Beast.