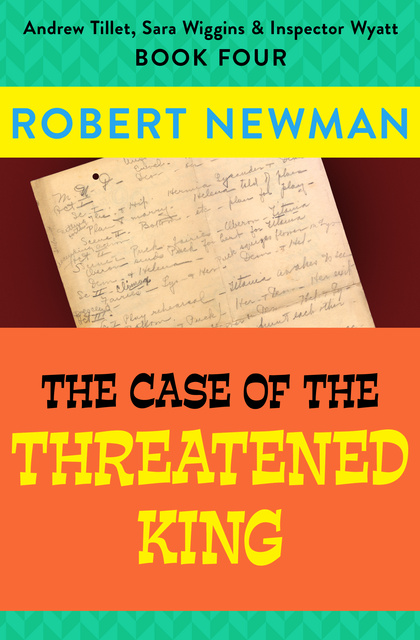 The Case of the Threatened King

The Case of the Threatened King

From the ancient sewers of London to the heights of a barren attic prison, Andrew and Sara race to uncover a wicked plot

Though he’s usually more of a cricket fan, Andrew Tillet would never miss a chance to see American baseball played in London—especially not in the company of his best friends, Sara Wiggins and Inspector Peter Wyatt. And of course it’s nice to bump into Wyatt’s charming sister-in-law, Harriet, on their way home.

When Harriet disappears with nothing but a cryptic note left behind, Wyatt doesn’t seem as concerned as Andrew and Sara think he should be. And when someone else disappears, someone even closer to Wyatt, the clock starts ticking down.