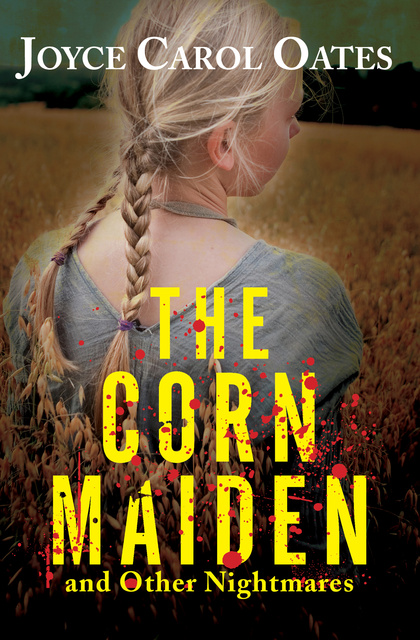 The Corn Maiden: And Other Nightmares

The Corn Maiden: And Other Nightmares

Seven “masterfully told” stories of suspense and nightmarish drama from the National Book Award–winning author of Them (The Guardian).

With the novella and six stories collected here, Joyce Carol Oates reaffirms her singular reputation for portraying the dark complexities of the human psyche. The title novella tells the story of Marissa, an eleven-year-old girl with hair the color of corn silk. When she suddenly disappears, mounting evidence points to a local substitute teacher. Meanwhile, an older girl from Melissa’s school is giddy with her power to cause so much havoc unnoticed. And she intends to use that power to enact a terrifying ritual called The Corn Maiden.

In “Helping Hands, ” published here for the first time, a widow meets an Iraq War veteran in a dingy charity shop, having no idea where the peculiar encounter is about to lead. In “Fossil-Figures, ” a pair of twins—an artist and a congressman—never outgrow an ugly sibling rivalry. And in “A Hole in the Head, ” a plastic surgeon gives in to an unusual and dangerous request.

Together, these seven tales offer “a virtuoso performance” of “probing, unsettling, intelligent” storytelling from one of the world’s greatest writers of suspense (The Guardian).

“The seven stories in this stellar collection from the prolific Oates may prompt the reader to turn on all the lights or jump at imagined noises… . This volume burnishes [her] reputation as a master of psychological dread. ” —Publishers Weekly, starred review

“For horror stories to be truly horrific, the reader has to care. Oates feels this deeply in her writing, and delivers with style. ” —The Independent