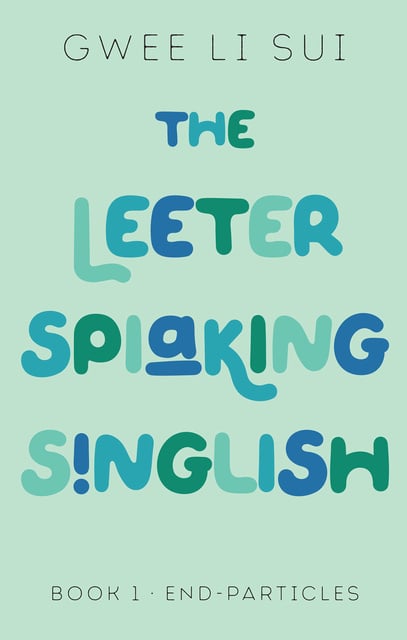 Following on the success of his 2017 hit, Spiaking Singlish: A Companion to How Singaporeans Communicate, Gwee Li Sui is back with a series of three “Leeter” books covering the quintessential features of Singlish, Singapore’s unofficial language – written in Singlish!

In this first volume, we delve into what is known as the end-particle: “a modifier that primarily comes at the end of a sentence or a clause. Its appearance changes the meaning of the whole construction – yes, it is that powderful one! We will look at a whole bunch of them: lah, leh, ler, lor, loh, liao, ha, ah, hor, wor, mah, meh, siol, sial, sia, eh, nia, neh, and bah. Some are long-long oredi got use although their uses may have evolved. Others are sibeh new even to my ears!"

The Author
Dr Gwee Li Sui is a former academic who now labours in the arts as a poet, writer, editor, literary critic and graphic artist. He wrote Singapore’s first long-form graphic novel, Myth of the Stone, back in 1993, and has five books of verse to date. He has edited numerous literary anthologies, including Singathology: 50 New Works by Celebrated Singaporean Writers (2015).