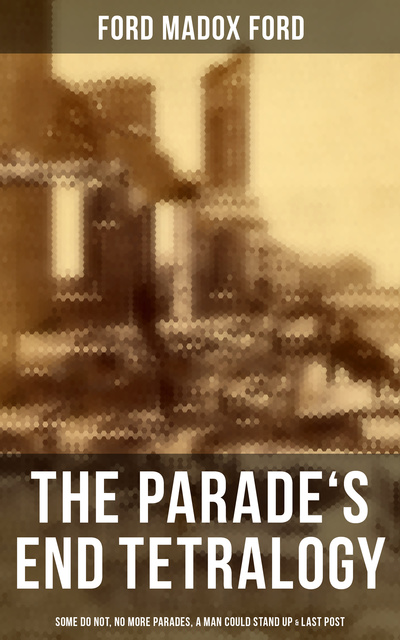 The Parade's End Tetralogy: Some Do Not, No More Parades, A Man Could Stand Up & Last Post

The Parade's End Tetralogy: Some Do Not, No More Parades, A Man Could Stand Up & Last Post

Parade's End is a tetralogy by Ford Madox. The four novels were originally published under the titles: Some Do Not ... (1924), No More Parades (1925), A Man Could Stand Up — (1926), and Last Post (or The Last Post in the USA) (1928). It is set mainly in England and on the Western Front in World War I, where Ford served as an officer in the Welsh Regiment, a life vividly depicted in the novels. The novels chronicle the life of Christopher Tietjens, a brilliant government statistician from a wealthy landowning family who is serving in the British Army during World War I. His wife Sylvia is a flippant socialite who seems intent on ruining him. Tietjens may or may not be the father of his wife's child. Meanwhile, his incipient affair with Valentine Wannop, a high-spirited pacifist and suffragette, has not been consummated, despite what all their friends believe. The two central novels follow Tietjens in the army in France and Belgium, as well as Sylvia and Valentine in their separate paths over the course of the war.