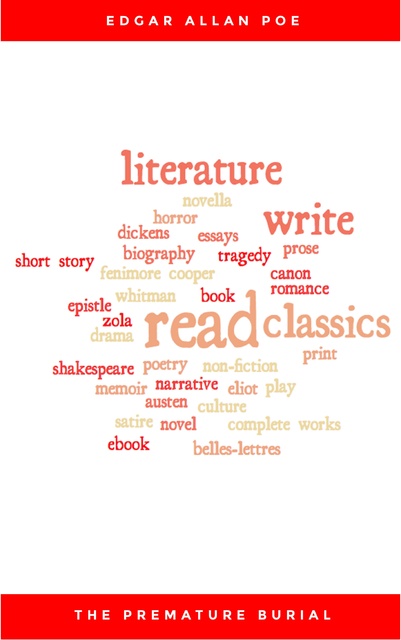 In "The Premature Burial", the first-person unnamed narrator describes his struggle with things such as "attacks of the singular disorder which physicians have agreed to term catalepsy", a condition where he randomly falls into a death-like trance. This leads to his fear of being buried alive ("The true wretchedness", he says, is "to be buried while alive".). He emphasizes his fear by mentioning several people who have been buried alive. In the first case, the tragic accident was only discovered much later, when the victim's crypt was reopened. In others, victims revived and were able to draw attention to themselves in time to be freed from their ghastly prisons.