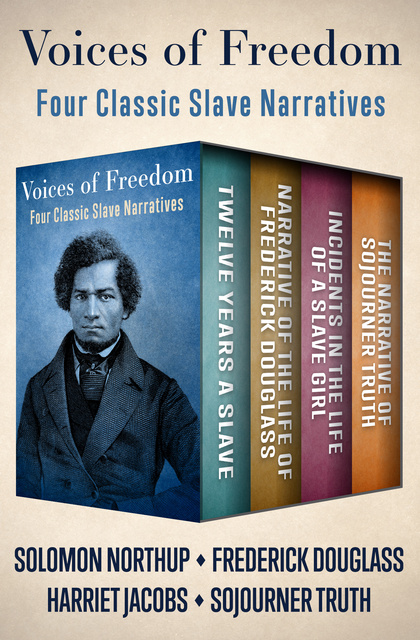 Four of the most important and enduring American slave narratives together in one volume.

Until slavery was abolished in 1865, millions of men, women, and children toiled under a system that stripped them of their freedom and their humanity. Much has been written about this shameful era of American history, but few books speak with as much power as the narratives written by those who experienced slavery firsthand.

The basis for the film of the same name, Twelve Years a Slave is Solomon Northup’s heartrending chronicle of injustice and brutality. Northup was born and raised a freeman in New York State—until he was kidnapped and sold into slavery in the Deep South. Before returning to his family and freedom, he suffered smallpox, the overseer’s lash, and an attempted lynching.

Perhaps the most famous of all slave chronicles, Narrative of the Life of Frederick Douglass immediately struck a chord with readers when it was first released in 1855. After escaping to freedom, Douglass became a well-known orator and abolitionist, drawing on his own experiences to condemn the evils of slavery.

One of the few female slave narratives, Incidents in the Life of a Slave Girl was originally published under a pseudonym by Harriet Jacobs. After she escaped to freedom in North Carolina, where she became an abolitionist, Jacobs described the particular suffering of female slaves, including sexual harassment and abuse.

Published in 1850, The Narrative of Sojourner Truth is Truth’s landmark memoir of her life as a slave in upstate New York and her transformation into a pioneer for racial equality and women’s rights.

These narratives serve as a timeless testament to the strength and bravery, and as a voice to the millions of people enslaved in this dark period of American history.