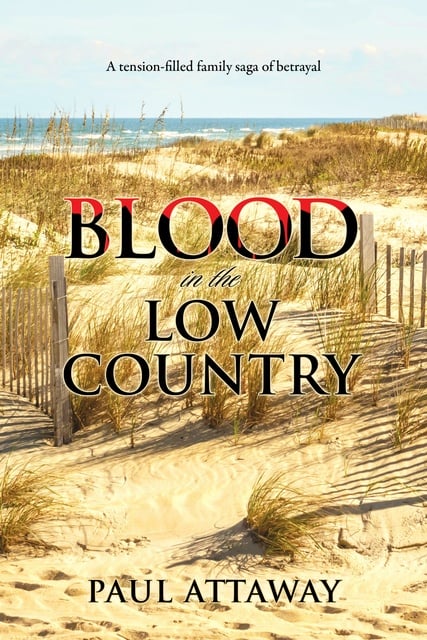 Blood in the Low Country

Blood in the Low Country

Step back in time a bit. The year is 1973, and by all appearances, Monty Atkins has a wonderful life. Along with his wife, Rose, the girl of his dreams he met in college, they are raising two boys, Eli and Walker. Humble but competitive, Monty is slowly but steadily building a profitable and well-respected law practice in beautiful Charleston, SC. His hard work, steeped in a deeply engrained Protestant work ethic, is paying dividends in the form of a second home on Kiawah Island and membership in the exclusive Wappoo Country Club.

Rose, an aspiring socialite, chairs committees and works tirelessly for her church and the school their boys attend.

So, yes, Monty Atkins has a wonderful life, until he doesn’t. In a flash, everything changes when a brutal murder and a shocking betrayal turn their world upside down. Brewing beneath the surface lurks a conspiracy of lies about who they are and what they believe. The wellspring of deception and ensuing dysfunction that threaten to destroy all they have built is Rose’s past, a past she can’t outrun.

So, yes, step back in time and immerse yourself in a taut, tension-filled thriller where the genteel veneer of life in the South lived by those for whom Sunday Brunch at the Club is as holy as that morning’s church service is stripped away.