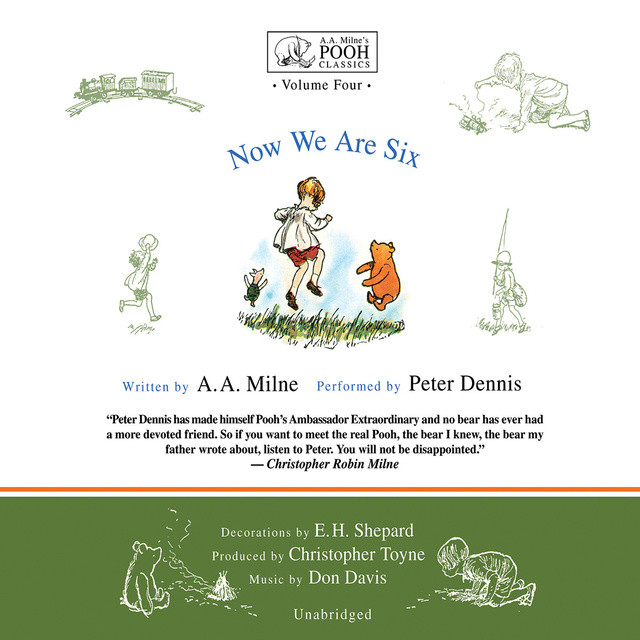 Now We Are Six

Now We Are Six

Blackstone Audio presents, from the unabridged collection "A.A. Milne's Pooh Classics," the thirty-five poems and verses from Now We Are Six performed by Peter Dennis. This is the only reading of these delightful verses authorized by A.A. Milne's son, Christopher Robin.

The verses here, along with those in When We Were Very Young and the stories in Winnie-the-Pooh and The House at Pooh Corner, have endeared themselves to so many readers that it is painful to try to imagine what the world would be like without them.

The perfect book for that all-important birthday, Now We Are Six is much more than a worthy successor to When We Were Young; it is a modern classic in its own right. 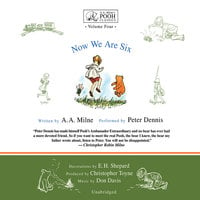