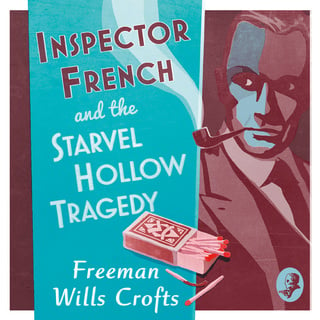 A chance invitation from friends saves Ruth Averill’s life on the night her uncle’s old house in Starvel Hollow is consumed by fire, killing him and incinerating the fortune he kept in cash. Dismissed at the inquest as a tragic accident, the case is closed – until Scotland Yard is alerted to the circulation of bank-notes supposedly destroyed in the inferno. Inspector Joseph French suspects that dark deeds were done in the Hollow that night and begins to uncover a brutal crime involving arson, murder and body snatching . . .
Повече информация за аудиокнигата
Издателство: HarperCollins
Публикувана: 2017-01-12
ISBN: 9780008190668
9ч. 13мин.
Английски
4,25
Категория: Криминални
Шотландия

The Man in the Brown Suit

Inspector French and the Sea Mystery