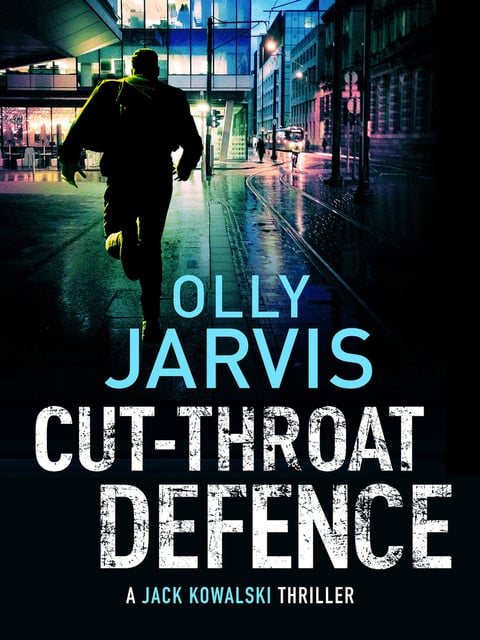 What price justice?
Jack Kowalski is a young barrister who finds himself working on the biggest drugs trial in British history. He argues a savage ‘cut-throat’ defence – a risky tactic where the defendants blame each other.

As the son of Polish immigrants Kowalski has always found it hard to fit in, with a sense of inferiority denting his performances in Court. Now he must face his demons and fight not only for his clients, but also for his future.

When the defendant unexpectedly absconds, Jack and solicitor Lara Panassai struggle to hold the case together. In search of their client, and desperate for new evidence, they are soon drawn deep into Manchester’s seedy criminal underworld.

As the case grows darker, who can Jack really trust?

‘The violence in the criminal underworld of Manchester is presented in scenes which are short and shocking. Cut-Throat Defence is an excellent read.’ – Simon Brett, author and CWA Golden Dagger winner

‘Cut-Throat Defence is absolutely gripping from the very first chapter. Packed full of twists and turns, I was on the edge of my seat waiting for the verdict.’ – Ginger Cat Blog

‘This is the first Oliver Jarvis crime novel I've read and wow, I love it! It's a fast-paced legal thriller written in a captivating style that just keeps you entertained.’ – Bits About Books

‘To put it simply, I loved it, I devoured all the pages, all the characters … my top book of 2016.’ – Chocolate Pages

‘I couldn’t put it down’ – David’s Book Blurg

‘This book carries what is now becoming this author’s trademark, a legal thriller with real edge and depth of plot with characters that stick around in the mind long after the story and the trial are over. I was hooked into the clutches of this story from the very first page.’ – Reflections of a Reader

Olly Jarvis is a writer and criminal defence barrister, originally from London but now working in Manchester. Drawing on his experiences, he writes both fiction and non-fiction with a particular understanding of the pressures and excitement of life in the courtroom. He wrote the highly acclaimed Radio 4 drama Judgement, and wrote and presented the BBC documentary Mum Knows Best. He is also the author of Death by Dangerous, which was longlisted for the CWA Debut Dagger. Olly has two children and lives in Cheshire, and he tweets at @OllyJarviso. 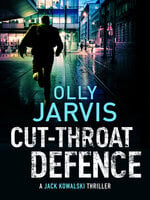