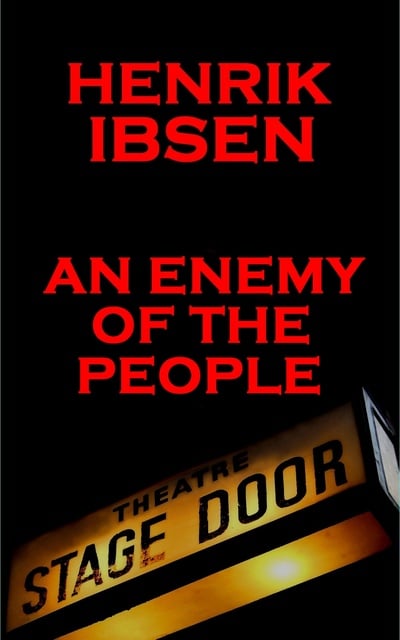 Henrik Ibsen (20th March, 1828 – 23rd May, 1906) is often referred to as the father of realism and ranked just below Shakespeare as Europe’s greatest ever playwright especially as his plays are performed most frequently throughout the world after Shakespeare’s. Ibsen was Norwegian and although set his plays in Norway, he wrote them in Danish and lived most of his professional life in Italy and Germany. His affect on the theatre is still evident today and shapes the distinction of plays being art as opposed to entertainment since he broke down all previous traditions and explored issues, developed characterisation, revealed uncomfortable truths, challenged assumptions and brokedown facades in ourselves as well as society. These factors are clearly demonstrated in Enemy of the People, a story of a man, Dr Stockman, who shows great courage in doing the right thing in the face of extreme social pressure and intolerance. He has been involved in developing medicinal baths in his small coastal community in Norway which have proved a profitable and successful tourist attraction. However, he finds out that waste products are contaminating the water and resulting in serious illnesses for some of the tourists. He sends his detailed report to the authorities and finds that not only are they unwilling to take any action but the townspeople brand him a lunatic. He finds himself marginalised and realises that in matters of right and wrong, the individual is superior to the masses. He says: “A minority may be right; a majority is always wrong.” This remarkable play is seen as Ibsen’s denunciation of the masses and a scathing indictment on community and democracy. It is surprisingly relevant with our contemporary concerns of both the environment and whistleblowers and definitely worth a read.