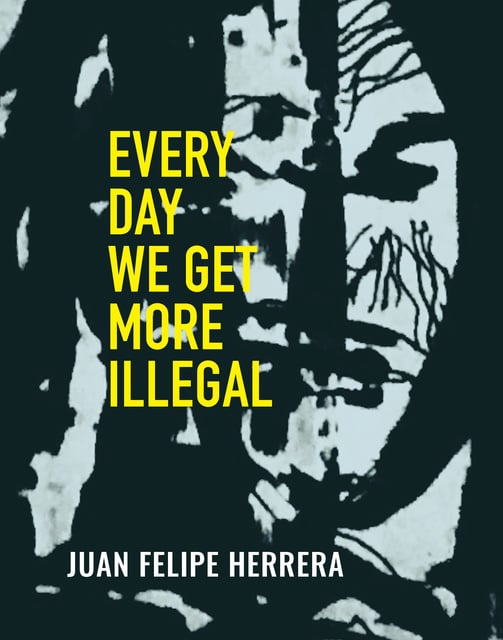 Every Day We Get More Illegal

Every Day We Get More Illegal

Voted a Best Poetry Book of the Year by Library Journal

Included in Publishers Weekly's Top 10 Poetry Books of the Year

One of LitHub's most Anticipated Books of the Year!

A State of the Union from the nation’s first Latino Poet Laureate. Trenchant, compassionate, and filled with hope.

"Many poets since the 1960s have dreamed of a new hybrid art, part oral, part written, part English, part something else: an art grounded in ethnic identity, fueled by collective pride, yet irreducibly individual too. Many poets have tried to create such an art: Herrera is one of the first to succeed."—New York Times

"Herrera has the unusual capacity to write convincing political poems that are as personally felt as poems can be."—NPR

"Juan Felipe Herrera's magnificent new poems in Every Day We Get More Illegal testify to the deepest parts of the American dream—the streets and parking lots, the stores and restaurants and futures that belong to all—from the times when hope was bright, more like an intimate song than any anthem stirring the blood."—Naomi Shihab Nye, The New York Times Magazine

"From Basho to Mandela, Every Day We Get More Illegal takes us on an international tour for a lesson in the history of resistance from a poet who declares, 'I had to learn . . . to take care of myself . . . the courage to listen to my self.' You hold in your hands evidence of who we really are."—Jericho Brown, author of The Tradition

"These poems talk directly to America, to migrant people, and to working people. Herrera has created a chorus to remind us we are alive and beautiful and powerful."—José Olivarez, Author of Citizen Illegal

"The poet comes to his country with a book of songs, and asks: America, are you listening? We better listen. There is wisdom in this book, there is a choral voice that teaches us 'to gain, pebble by pebble, seashell by seashell, the courage.' The courage to find more grace, to find flames."—Ilya Kaminsky, author of Deaf Republic

In this collection of poems, written during and immediately after two years on the road as United States Poet Laureate, Juan Felipe Herrera reports back on his travels through contemporary America. Poems written in the heat of witness, and later, in quiet moments of reflection, coalesce into an urgent, trenchant, and yet hope-filled portrait. The struggle and pain of those pushed to the edges, the shootings and assaults and injustices of our streets, the lethal border game that separates and divides, and then: a shift of register, a leap for peace and a view onto the possibility of unity.

Every Day We Get More Illegal is a jolt to the conscience—filled with the multiple powers of the many voices and many textures of every day in America.

"Former Poet Laureate Juan Felipe Herrera should also be Laureate of our Millennium—a messenger who nimbly traverses the transcendental liminalities of the United States . . ."—Carmen Gimenez Smith, author of Be Recorder 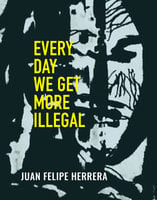