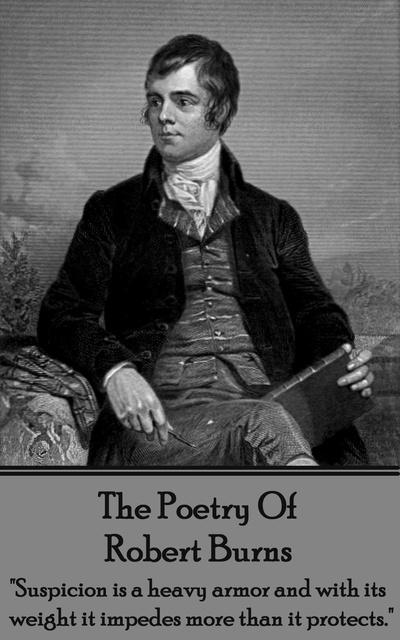 Poetry is a fascinating use of language. With almost a million words at its command it is not surprising that these Isles have produced some of the most beautiful, moving and descriptive verse through the centuries. In this series we look at individual poets who have shaped and influenced their craft and cement their place in our heritage. Many nations have produced outstanding poets who they would gladly have represent their Culture. But can any Nation say they have an equivalent of Robbie Burns? Rabbie. The Ploughman Poet. The Bard (Of Scotland). This one poet is indelibly linked and intertwined with the culture and people of Scotland. His life, loves, politics, verse and songs speak as them and for them. From humble roots, the eldest son of seven born in 1759 to parents, both from tenant farming stock, the family endured both hardship and poverty. Burns endured the test and began to write first at 15 and to publish his first volume some two years later. He wrote in both true Scottish, dialect and English as well as turning his hand to song. Politically he was an inspiration to both liberalism and socialism as well as a Scottish parliament. His unique ability enabled him to appeal to all and quite rightly to be viewed as the National poet. As well as creating his own great works he was also an avid collector of Scottish Folk Songs preserving for posterity the works of others. However his own life was short dying at the young age of only 37. What further greatness would have lain before him is impossible to say. But, poetically, on the day of his death his son, Maxwell was born. His fame today is worldwide and celebrated in January each year with the Traditional Burns night. Each New Years Eve friends and families the world over link arms to ‘Auld Lang Syne’, giving immortality to his words and aims. As former Secretary General of the United Nations, Kofi Annan says: Burn’s poems dignify and illuminate the struggle faced by the vast majority of the world’s population today. In this slim volume the very best of his work is brought to you. Many of the poems are also available as an audiobook from our sister company Portable Poetry. Many samples are at our youtube channel http://www.youtube.com/user/PortablePoetry?feature=mhee The full volume can be purchased from iTunes, Amazon and other digital stores and is read for you by Gordon Kennedy