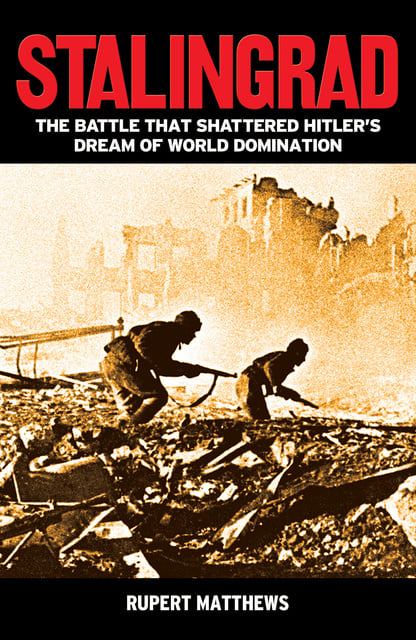 Stalingrad: The Battle that Shattered Hitler's Dream of World Domination

Stalingrad: The Battle that Shattered Hitler's Dream of World Domination

Perhaps it was Adolf Hitler's implacable hatred of Soviet dictator Joseph Stalin that compelled the Fu¨hrer to order the taking, whatever the cost, of the city that bore his enemy's name. The bloody battle that ensued proved one thing at least to historians: when an irresistible force meets an immoveable object the result is carnage, and in this case the reduction of a vast city to a landscape of rubble and ruins.

The bitter Battle of Stalingrad on the Eastern Front was the turning point of World War II. The relentless and unstoppable German advances that had seen the panzers sweep hundreds of miles into Russia were finally brought to a halt. The elite German 6th Army was first fought to a standstill, then surrounded and forced to surrender.

Over 1.5 million people lost their lives during the six months of fighting, many of them civilians caught up in the campaign. For the first time in the war, the German army had been defeated on the field of battle. Before Stalingrad the Russians never won; after Stalingrad they could not lose.

This book looks at the titanic struggle that ended in the total destruction of the second city of the Soviet Union, the greatest battle the world has ever seen.