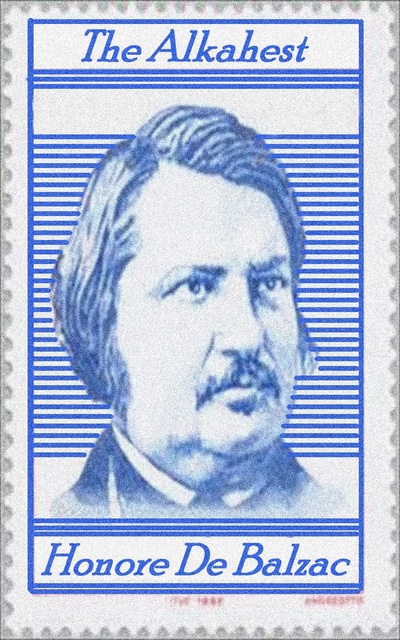 The Alkahest is a novel by the French writer Honoré de Balzac, author of the multi-volume masterpiece The Human Comedy. Also translated from French as The Quest for the Absolute, The Alkahest was first published in 1834. It tells the story of Balthazar, a noble French man from the region of Douai who lives happily with his wife and children. One day, Balthazar, who has been trained as a chemist, meets a Polish mathematician and the incident changes his life completely. The Polish scientist introduces him to his studies in the field of alchemy and speaks to him about a hypothetical chemical named Alkahest that is supposed to have the ability to dissolve all other substances. Such a dream of coming to the very essence of matter would be a window on their absolute nature and probably the secret of all existence. The idea starts to haunt Balthazar and soon becomes a central obsession that affect his whole life. Balthazar devotes all his time to working in his laboratory on the subject neglecting his family and his bread-winning. Balthazar’s family is eventually ruined while he keeps on looking for the absolute till the day he dies. By and large, Balzac’s novel juxtaposes a scientist’s or an artist’s family and everyday concerns with the insatiable lust for absolute knowledge and perfection.