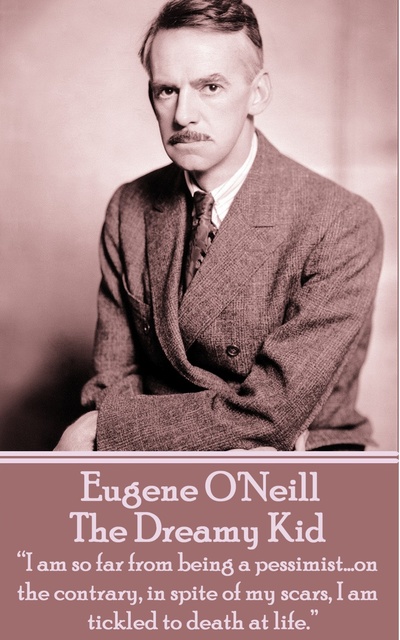 The Dreamy Kid: “I am so far from being a pessimist...on the contrary, in spite of my scars, I am tickled to death at life.”

The Dreamy Kid: “I am so far from being a pessimist...on the contrary, in spite of my scars, I am tickled to death at life.”

Eugene Gladstone O'Neill was born on October 16, 1888 in a hotel bedroom in what is now Times Square, New York. Much of his childhood was spent in the comfort of books at boarding schools whilst his actor father was on the road and his Mother contended with her own demons. He spent only a year at University - Princeton - and various reasons have been given for his departure. However whatever his background and education denied or added to his development it is agreed amongst all that he was a playwright of the first rank and possibly America's greatest.

His introduction of realism into American drama was instrumental in its development and paved a path for many talents thereafter. Of course his winning of both the Pulitzer Prize (4 times) and the Nobel Prize are indicative of his status. His more famous and later works do side with the disillusionment and personal tragedy of those on the fringes of society but continue to build upon ideas and structures he incorporated in his early one act plays.

Eugene O'Neill suffered from various health problems, mainly depression and alcoholism. In the last decade he also faced a Parkinson's like tremor in his hands which made writing increasingly difficult. But out of such difficulties came plays of the calibre of The Iceman Cometh, Long Day's Journey Into Night, and A Moon for the Misbegotten.