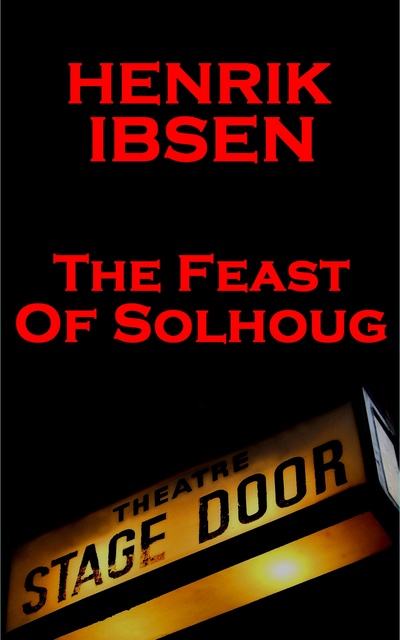 Henrik Ibsen (20th March, 1828 – 23rd May, 1906) is often referred to as the father of realism and ranked just below Shakespeare as Europe’s greatest ever playwright especially as his plays are performed most frequently throughout the world after Shakespeare’s. He was Norwegian and although set his plays in Norway, he wrote them in Danish and lived most of his professional life in Italy and Germany. His affect on the theatre is still evident today and shapes the distinction of plays being art as opposed to entertainment since he broke down all previous traditions and explored issues, developed characterisation, revealed uncomfortable truths, challenged assumptions and brokedown facades in ourselves as well as society. These factors are clearly demonstrated in The Feast of Solhoug, Ibsen’s first publicly successful drama which employed Ibsen’s poetic style to great effect providing a melody to the lines echoing old Scandinavian ballads and songs. The plot centres around Magrit who as the play opens is marrying the master of Solhoug, Bengt Guateson, Knut Gersling who wants to marry her and Gudmund Alfson, who she wants to marry but is in love with another woman. These make good ingredients for a wonderful melodrama with tantalising misunderstandings. The play has been said to possess the charm of a northern summer night, in which the glimmer of twilight gives place only to the gleam of morning.