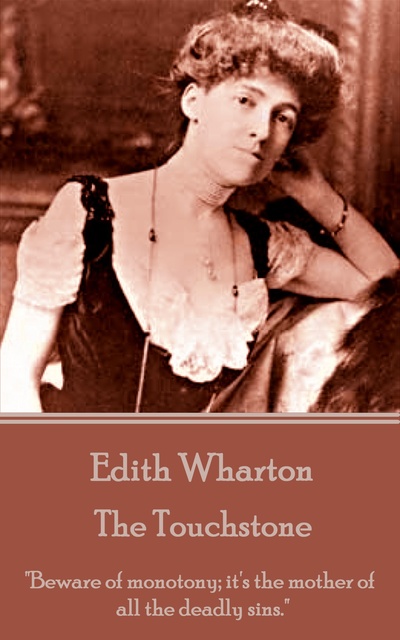 The Touchstone is a novella by the American writer and novelist Edith Wharton that follows the story of the lawyer Stephen Glennard. In the beginning of the narrative, Glennard finds himself impecunious and unable to afford to marry his beautiful fiancée, Alexa Trent. In desperation, a London magazine advertisement brings back to his mind the romantic letters that his dead ex-lover used to send him. Since the author of those letters, Margaret Aubyn, has posthumously become a famous novelist, the documents can surely be converted to quite a fortune once sold to avid publishers. This is what Glennard actually does by the end after removing his name from the letters. However, soon after marriage, his guilty conscience starts to torture him along with the ghost of the dead author which seems to be unleashed after the publication of the letters. Glennard starts to imagine that the people around him have learnt about his secret. Among these, the one he is most concerned about is his wife. He thinks that he does not deserve her love since he feels that he has betrayed her too. Yet, unexpectedly, when he finally confesses his secret to her, she decides to forgive him and help him recover from his psychological torments.