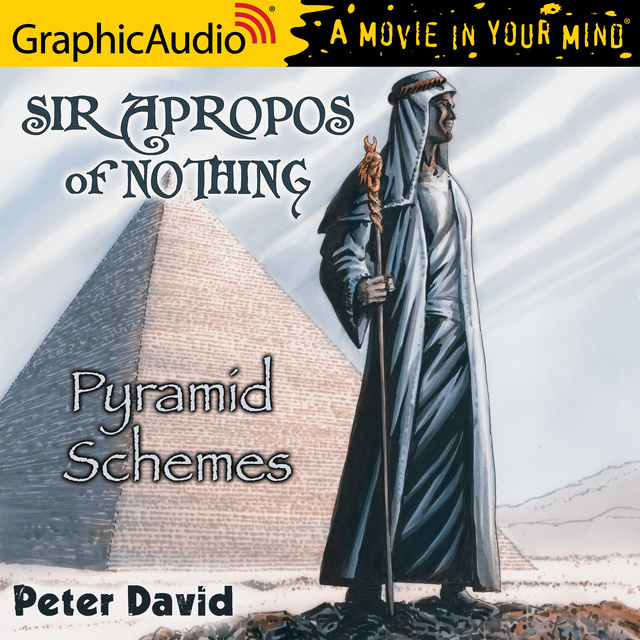 "He’s back. Despite absolutely no requests at all, Sir Apropos of Nothing—he who was spawned from the violent assault of a tavern wench by a group of drunken knights—has returned. This time his voyages take him to the land of Rogypt, a surprisingly ancient realm where the tragic people known as the Shews labor endlessly in building pyramids for their masters. When Apropos inadvertently interferes with he who is destined to be their savior, no less than a deity reaches down and points His fickle finger upon him, informing him it is now his responsibility to liberate the people. All that stands in his way? An unpredictable young ruler, his insanely duplicitous sister and, oh yes, an ancient mummy’s curse. So basically, just a typical day for the roguish Apropos. Performed by Scott McCormick, Rayner Gabriel, John Kielty, Ryan Carlo Dalusung, Nazia Chaudhry, Holly Adams, Dani Stoller, Rob McFadyen, Nick DePinto, Nora Achrati, Chris Davenport, Michael John Casey, Yasmin Tuazon, Eric Messner, Steve Wannall, Richard Rohan, Ken Jackson, Bradley Foster Smith, Colleen Delany, Karen Novack, Terence Aselford, Rose Elizabeth Supan and Mort Shelby." 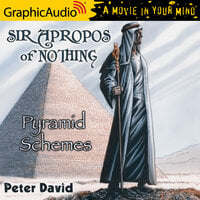