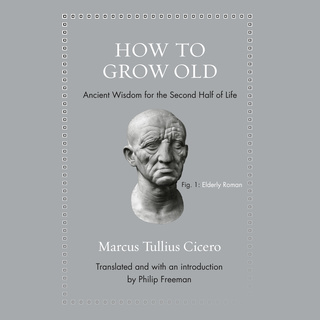 Schrijver: Marcus Tullius Cicero
Voorlezer: Roger Clark
Format: Beschikbaar als audioboek & Beschikbaar als e-book
1U 39M
Engels
4,5
Worried that old age will inevitably mean losing your libido, your health, and possibly your marbles too? Well, Cicero has some good news for you. In How to Grow Old, the great Roman orator and statesman eloquently describes how you can make the second half of life the best part of all-and why you might discover that reading and gardening are actually far more pleasurable than sex ever was.

Filled with timeless wisdom and practical guidance, Cicero's brief, charming classic-written in 44 BC and originally titled On Old Age-has delighted and inspired readers, from Saint Augustine to Thomas Jefferson, for more than two thousand years. Presented here in a lively new translation with an informative new introduction and the original Latin on facing pages, the book directly addresses the greatest fears of growing older and persuasively argues why these worries are greatly exaggerated-or altogether mistaken.

Lifespan: Why We Age—and Why We Don't Have To