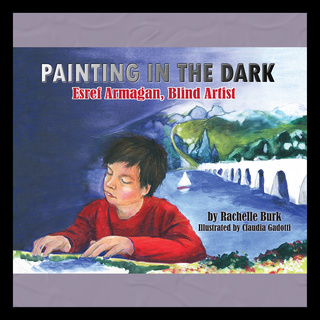 Painting in the Dark

Painting in the Dark

Schrijver: Rachelle Burk
Voorlezer: Bronson Pinchot, Katherine Kellgren
Format: Beschikbaar als audioboek
44M
Engels
3,5
In 1953, Esref Armagan was born completely blind to a poor family in Istanbul, Turkey. He received no formal education and spent his childhood days in his father’s shop, where he developed the curiosity to create and draw. He experienced the world through touch and learned to visually reproduce his surroundings, including color, shadows, and perspective, with his hands.

This blind artist’s story will be an inspiration to young artists of all abilities.

Wings of Olympus: The Colt of the Clouds

The Year of Billy Miller

Lives of the Scientists

The One and Only Ivan

From the Mixed-Up Files of Mrs. Basil E. Frankweiler

The Thing About Luck

The Story of Mankind

The Truth as Told by Mason Buttle

Five Children and It