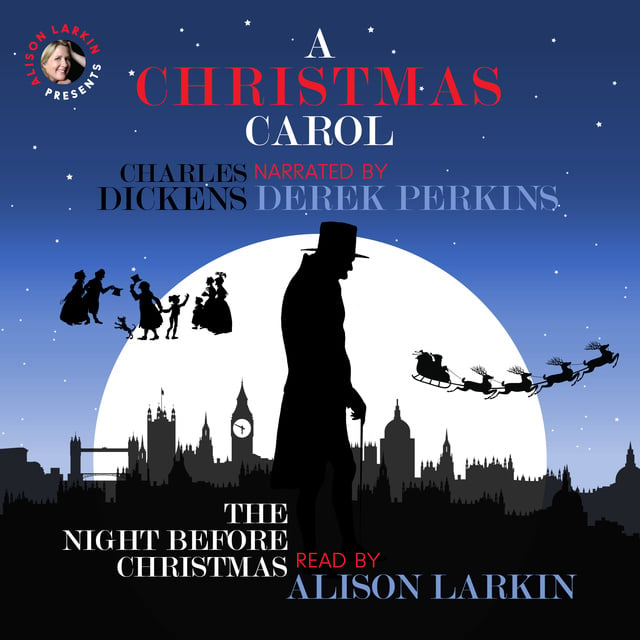 A Christmas Carol and The Night Before Christmas are as different as England and America themselves. And yet almost two centuries later these iconic works remain the most famous Christmas stories ever told and a beloved part of Christmas tradition all over the world.

Now they are brought together for the first time in this very special holiday recording.

Derek Perkins is the Audie and AudioFile Earphones award winning narrator of over 200 audiobooks and an AudioFile Magazines Best Voice.

Alison Larkin is the AudioFIle Earphones award winning narrator of over 150 audiobooks, an internationally acclaimed comedienne and the bestselling author of The English American.

Hailed by The Times as "hugely entertaining", other popular classics from Alison Larkin Presents include Pride and Prejudice and Songs from Regency England, Persuasion and Poems and Emma by Jane Austen, which was featured in The New Yorker, Agatha Christie's The Secret Adversary which received rave reviews in Publishers Weekly and AudioFile Magazine, Peter Pan and The Inconsiderate Waiter which won an AudioFile Earphones Award and the acclaimed recording of Alice in Wonderland and Jabberwocky, also narrated by Alison Larkin and Derek Perkins. For more information visit Alison Larkin Presents at www. alisonlarkin. com. 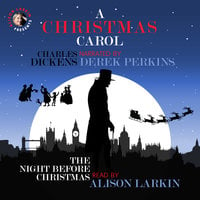