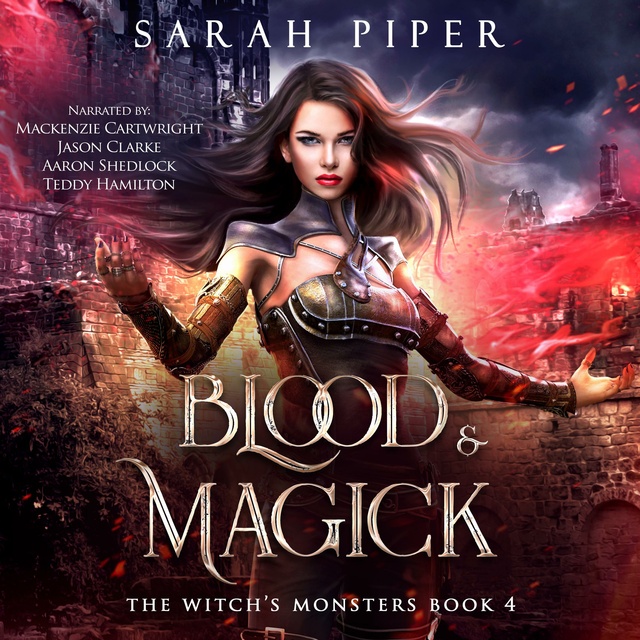 Our family is broken. Our hearts are shattered. Everything we’ve been fighting for is slipping through our hands like mist.

Darkwinter fae murdered one of my mates. Traitors on all fronts threaten to obliterate the last of our hope. And the Dark Goddess won’t stop coming for us until she drains the last of my magick and reclaims Midnight for herself.

But as much as I’d love to curl up under a blanket and wait for death, I can’t give up now. Not on our home. Not on my monsters.

Hudson, Jax, Evander, Elian, me… We belong to each other, and we’re going to fight for our family. To keep fighting no matter what our enemies conjure up next.

Because as vile as those enemies may be, there are worse things lurking in the darkness. And it’s high time the villains of Midnight learn just what happens when a pissed-off Scorpio blood witch desperate to protect what’s hers finally gets a taste of true power...

BLOOD AND MAGICK is the fourth and final book in The Witch’s Monsters series, a steamy paranormal and dark fantasy reverse harem romance featuring a sassy, badass witch and the fiercely protective monsters who’ll destroy anyone who touches her. Expect sizzling enemies-to-lovers romance, damaged guys who hate everyone but their witch, and plenty of dark, supernatural thrills! 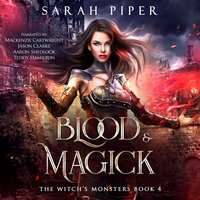