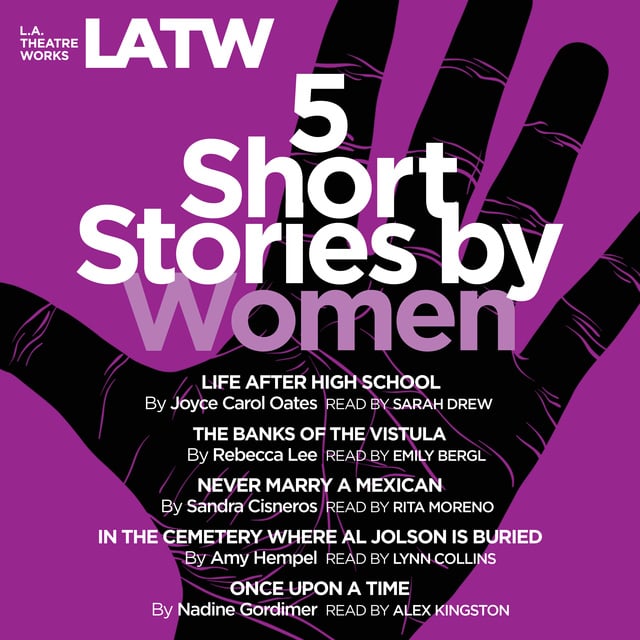 L.A. Theatre Works presents Five Short Stories by Women: A quintet of tales from some of America’s most distinguished female authors.

Life after High School, by Joyce Carol Oates, Read by Sarah Drew
Oates takes us to a time in the late 1950s, to South Lebanon High School, and shows us the lives of three people at a time of self-discovery.

The Banks of the Vistula, by Rebecca Lee, Read by Emily Bergl
An ambitious student wants desperately to make her mark in a linguistics class. Published by Algonquin Books of Chapel Hill ©2013.

Never Marry a Mexican, by Sandra Cisneros, Read by Rita Moreno
The story of a woman named Clemencia who remembers her family, her parent’s culture, and her affair with a married man.*

In the Cemetery Where Al Jolson Is Buried, by Amy Hempel, Read by Lynn Collins
What do you say to someone on their deathbed? Amy Hempel addresses this question head-on, as a young woman describes her visit to a dying friend.

Once Upon a Time, by Nadine Gordimer, Read by Alex Kingston
This is anything but a fairy tale. It’s more of a dystopian fantasy - with overtones of the racial inequality in Gordimer’s native South Africa. 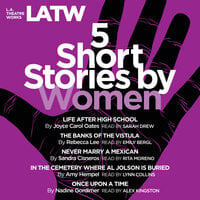