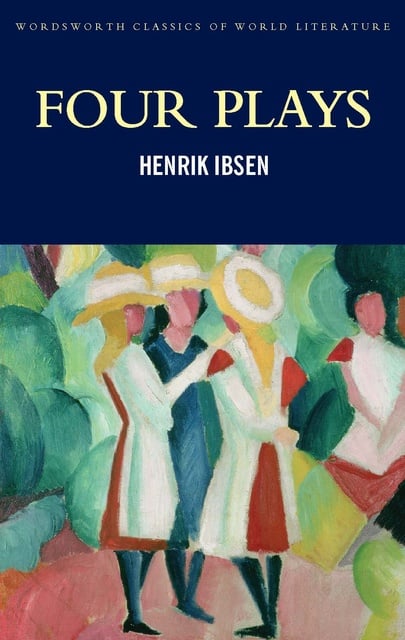 With an Introduction by Ellen Rees, Centre for Ibsen Studies, University of Oslo.

The plays of Norwegian dramatist Henrik Ibsen (1828-1906) are critically acclaimed throughout the world. The father of modern drama, Ibsen broke with theatrical conventions and created a more realistic form of drama that used the stage as a forum for debating social problems, notably the rights of the individual, and the damaging effects of orthodoxy. This collection of four plays contains,A Doll’s House (1879) and Hedda Gabler (1890), his most striking depictions of the struggle by individuals − especially women − to realize their full potential; it also presents Peer Gynt (1867), an early verse tour-de-force, not originally intended for the stage, on the nature of the self, and The Master Builder (1892), a play that explores the clash between the old and the new in richly metaphorical language. This collection returns to the acclaimed translations of William Archer (1856-1924), who through these renditions played a major role in promoting Ibsen’s reputation outside Norway. Archer was also a critic, who with actress Elizabeth Robbins and dramatist George Bernard Shaw was central in the modernisation of English theatre.