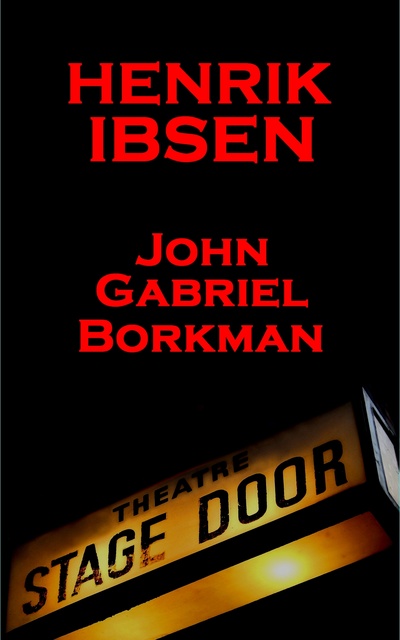 Henrik Ibsen (20th March, 1828 – 23rd May, 1906) is often referred to as the father of realism and ranked just below Shakespeare as Europe’s greatest ever playwright especially as his plays are performed most frequently throughout the world after Shakespeare’s. He was Norwegian and although set his plays in Norway, he wrote them in Danish and lived most of his professional life in Italy and Germany. His affect on the theatre is still evident today and shapes the distinction of plays being art as opposed to entertainment since he broke down all previous traditions and explored issues, developed characterisation, revealed uncomfortable truths, challenged assumptions and brokedown facades in ourselves as well as society. These factors are clearly demonstrated in John Gabriel Borkman, a banker who had previously been imprisoned for investing his clients money without their consent but believes himself innocent of any crime as he had not intended to steal funds or swindle them but was caught before being able to pay back the ‘loans’. Borkman is married to Gunhild but as a young man was in love with her twin, Ella who although still a part of their lives, helping to raise his son whilst he was in prison, is estranged from her twin sister. Ibsen explores the despair felt by Borkman and Ella in this play. The dramatic climax and poetic beauty of his words ensures that this lesser known Ibsen play should not be overlooked.