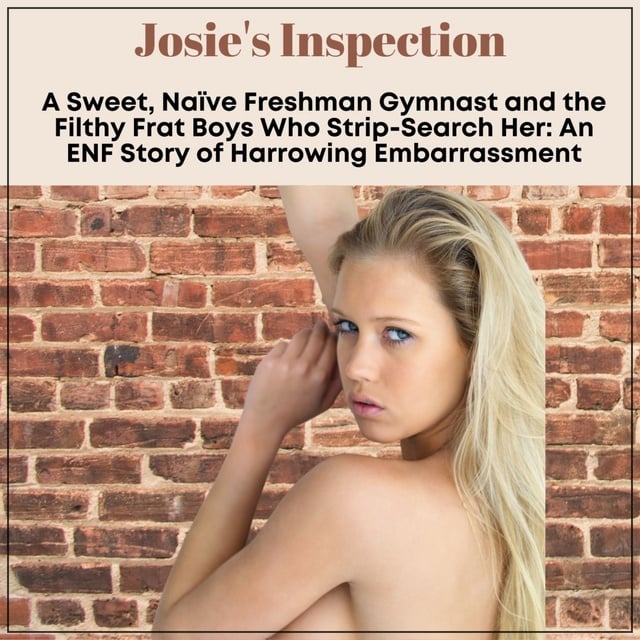 Josie's Inspection: A Sweet, Naïve Freshman Gymnast and the Filthy Frat Boys Who Strip-Search Her

Josie's Inspection: A Sweet, Naïve Freshman Gymnast and the Filthy Frat Boys Who Strip-Search Her

Josie's Inspection: A Sweet, Naïve Freshman Gymnast and the Filthy Frat Boys Who Strip-Search Her. The third installment of the “Innocent College Girls Humiliated” series -- An ENF Story of Harrowing Embarrassment.

Sweet, innocent, and adorable college gymnast Josie McKenna is about to become not so sweet and innocent. As part of her sorority initiation, she is required to sneak into the men’s dorm and steal a football team sweatshirt. And she is scared out of her mind.

But not to worry: There’s a big football game taking place today, and everyone will be there. That means the men’s dorm will be empty.

Or so she’s told…

Josie gets into the dorm and finds a sweatshirt with no problem. But as she is about to leave, she is caught red-handed by dorm resident Erik Barnes, a suspended quarterback who has decided to sit this game out.

And Erik is quite the dirty-minded young man--one who knows a fabulous opportunity when he sees it!

And that means Josie will need to be searched…thoroughly.

But not to worry. In lieu of notifying the authorities, Erik offers Josie the option of allowing him to search her right then and there.

And that means that sweet, innocent Josie will need to undress completely and subject herself to a cavity inspection so thorough that it would embarrass a stripper. Oh, it’s rough, all right. Josie is humiliated beyond comprehension as she is bent, spread, stretched, and probed to Erik’s satisfaction.

And Erik is just getting started. He explains to Josie that even though his search turned up nothing, there is still the matter of the stolen sweatshirt.

But not to worry. Erik is willing to overlook the crime in exchange for a couple of favors.

Naughty favors. Favors that only a gymnast could perform--including quite possibly the world’s dirtiest split!

Bottom line: Josie McKenna has plenty to worry about!

INNOCENCE AND EMBARRASSMENT TO THE HILT!
Greetings, dear readers! Welcome to my newest and naughtiest series: “Innocent College Girls Humiliated”! In this sleazy set, one sweet, naïve young lady after another is taken to the outer limits of embarrassment by unscrupulous males, young and old alike. Men who happen to think that, ahem, red cheeks look kind of lovely on a girl—especially if they themselves have a hand in making them that way! 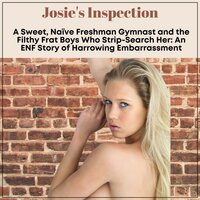