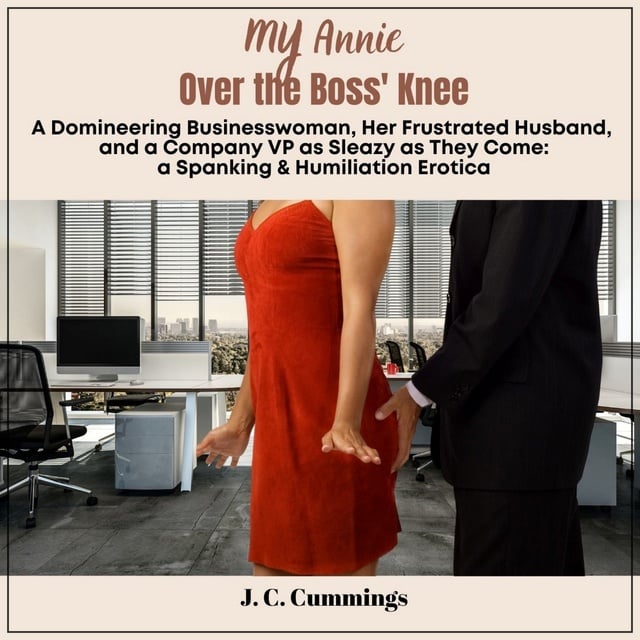 My Annie--Over the Boss' Knee: A Domineering Businesswoman, Her Frustrated Husband, and a Company VP as Sleazy as They Come

My Annie--Over the Boss' Knee: A Domineering Businesswoman, Her Frustrated Husband, and a Company VP as Sleazy as They Come

My Annie--Over the Boss' Knee: A Domineering Businesswoman, Her Frustrated Husband, and a Company VP as Sleazy as They Come. A Spanking & Humiliation Erotica. Dave Wilson could quite possibly be the world’s most frustrated husband. Ever since his wife Annie was promoted to Chief Operations Officer at SM Global, with a salary of more than a half-million dollars a year, she's become even bossier and more demanding at home than usual. Worse, the busier she gets, the less time and interest she has in sex. Not that that’s any fun these days, either. Between Annie’s controlling ways and her ultra-conservative lights-out, no-frills preferences--well, Dave is understandably hard-up as hell.

But all that changes when he and Annie are called in to a meeting with the company VP Blair Stevenson. This cold, hard-driving young executive has some disturbing news for Annie. Ever since she started her new position a few months ago, she's been overstepping her job description by trying to fix, remake, and undo everything she finds fault with--whether that be company policies, practices, or procedures--things that have been in place at SM Global for years.

Well, Blair is having none of that! He informs Annie that if she wants to keep her job and her lofty salary, she must be punished. And the method of punishment he's chosen is an over-the-knee spanking!

Annie is mortified--not to mention humiliated out of her mind. But what choice does she have? It’s either the VP's knee or goodbye to hundreds of thousands of dollars a year.

Annie has no choice but to submit.

Down go her panties...

Over her much-younger boss' knee, she goes...

And up pokes her big, beautiful bottom...

Annie is embarrassed beyond comprehension.

And that's not the worst part. Following her spanking, Annie is informed that she is also in need of "training" in the art of following orders. And, given Blair's penchant for all things sleazy, one can only assume that these orders will bring Annie to a whole new level of humiliation!

Still, no matter how harrowing of an experience Annie is having, Dave is head-over-heels turned on by the spectacle playing out before him--turned-on and jealous to the hilt. On the one hand, he loves seeing Annie finally following orders from a man--orders that put her curvy body on full, lewd, and dehumanizing display. But on the other hand, he simply can’t get over the fact that Annie is doing anything and everything Blair tells her to do--things she wouldn’t have done in a million years for her own husband!

Sure, Blair gets every one of his lewd commands carried out...and in all the years’ Dave and Annie have been together, he's gotten zilch!

Well, Dave is having none of that! He has no choice but to even the score--right there in Blair’s office. But he’d better be careful because, with what he has in mind, Annie just might find the whole thing even more mind-blowing than what Blair has just put her through!

Fans of spanking stories that place submissive, older women upon the knees of their younger superiors--along with a heaping helping of humiliation, outrage, and embarrassment--this story is for you! 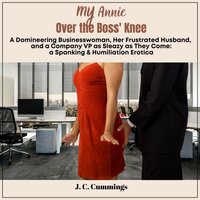