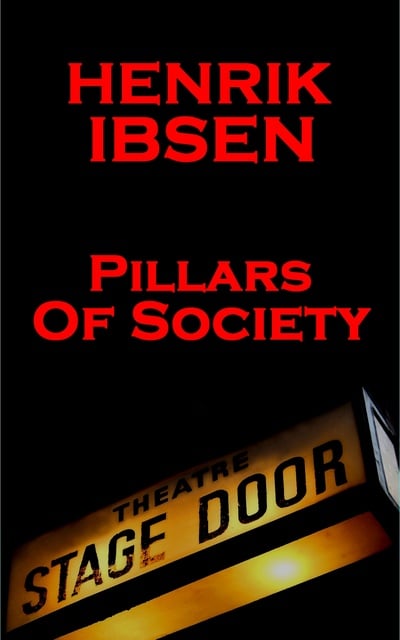 Henrik Ibsen (20th March, 1828 – 23rd May, 1906) is often referred to as the father of realism and ranked just below Shakespeare as Europe’s greatest ever playwright especially as his plays are performed most frequently throughout the world after Shakespeare’s. He was Norwegian and although set his plays in Norway, he wrote them in Danish and lived most of his professional life in Italy and Germany. His affect on the theatre is still evident today and shapes the distinction of plays being art as opposed to entertainment since he broke down all previous traditions and explored issues, developed characterisation, revealed uncomfortable truths, challenged assumptions and brokedown facades in ourselves as well as society. These factors are clearly demonstrated in the Pillars of Society, a contemporary drama set in a small Norwegian coastal town dominated by shipbuilder Karsten Bernick who is planning a railway to connect the town to the main line and a tract of land he has been secretly buying. His past comes crashing in on him by the return of his brother in law who had gone to America to take the blame for Bernick stealing family business money and having an affair with an actress and the return of the love of his life who he had rejected for his current wealthy wife. Ibsen skilfully builds on these characters to provide a gripping tragedy underlining the ways of the rich and corrupt and Ibsen’s conclusions in this play were a cause of great controversy and much surprise.