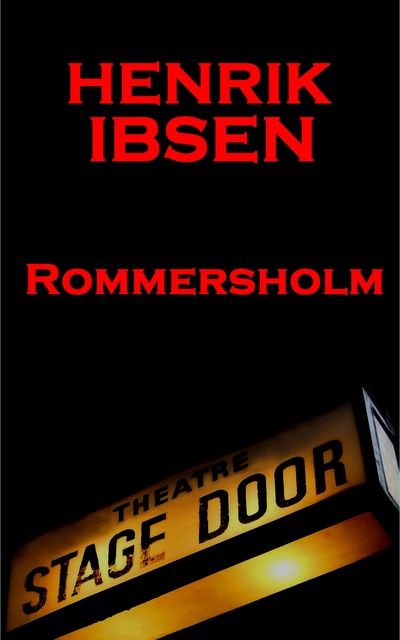 Henrik Ibsen (20th March, 1828 – 23rd May, 1906) is often referred to as the father of realism and ranked just below Shakespeare as Europe’s greatest ever playwright especially as his plays are performed most frequently throughout the world after Shakespeare’s. He was Norwegian and although set his plays in Norway, he wrote them in Danish and lived most of his professional life in Italy and Germany. His affect on the theatre is still evident today and shapes the distinction of plays being art as opposed to entertainment since he broke down all previous traditions and explored issues, developed characterisation, revealed uncomfortable truths, challenged assumptions and brokedown facades in ourselves as well as society. These factors are clearly demonstrated in Rosmersholm whose action starts a year after the suicide of the wife of Rosmer, the principal character in the drama. Rosmer is an influential member of the ruling class with strong social religious and political beliefs that support the newly elected reformist government. However, his immoral lover, Rebecca and Kroll his brother-in-law and local schoolmaster try to undermine and sabotage this support. These characters provide a revealing portrait of the ethics that allow the traditional ruling class to impose its beliefs, the social political and religious changes that were occurring in contemporary society and an examination of personal guilt in what many critics have hailed as Ibsen’s masterwork.