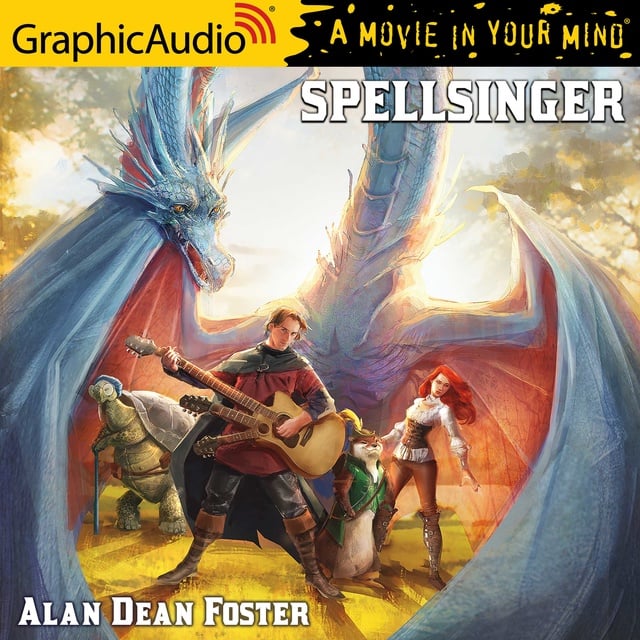 Snatched through a portal into a land of magic, a young musician must use a mysterious, multi-string duar to rescue the world into which he has fallen before he can return to his own.

Jonathan Thomas Meriweather is a typical college student, interested in girls, music, and an occasional taste of reefer. But when a journey through an inter-dimensional portal lands him in a world of talking animals and ominous sorcery, he finds he is on a very different trip indeed. Here, when he plays a strange instrument called a duar, peculiar things happen: powerful magic that may be the only way to stop a dark force that threatens his new world—and his old one. Reluctantly, he finds himself teaming up with a semi-senile turtle wizard; a thieving, backstabbing otter; and a bewildered Marxist dragon to rally an army for the war about to come.

Spellsinger, the first in Alan Dean Foster’s eight-book Spellsinger series, introduces a world of magic and mayhem, where animals are people and plunging ahead no matter what the consequences may be the only way to survive. 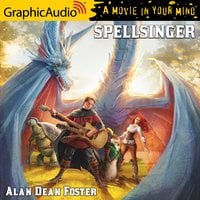