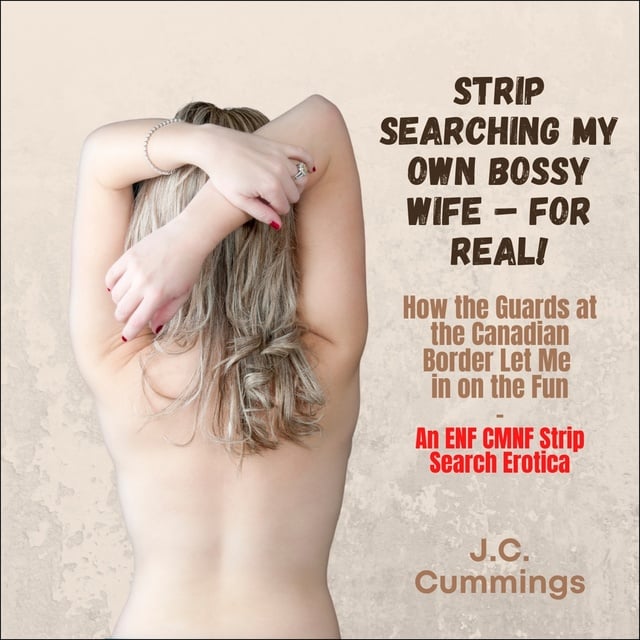 Strip Searching My Own Bossy Wife--For Real! How the Guards at the Canadian Border Let Me in on the Fun

Strip Searching My Own Bossy Wife--For Real! How the Guards at the Canadian Border Let Me in on the Fun

Strip Searching My Own Bossy Wife--For Real! How the Guards at the Canadian Border Let Me in on the Fun--An ENF CMNF Strip Search Erotica. Mild-mannered Ethan Daniels is one frustrated guy. It’s bad enough that his wife Aubrey—a beautiful and shapely woman—is too wrapped up in her career to be bothered by anything pertaining to sex. But she’s also bossy and controlling to the extent that Ethan is afraid to even touch her sometimes—lest he have his hands slapped away yet again by his work-obsessed spouse. But all that is about to change when, on their way home from a trip to Canada, they are stopped by Customs officers at the border and ordered out of their car. Worse, after they are brought inside the Customs office, Aubrey is informed that, her name has been (mistakenly) flagged for possible drug dealing. This means that she is going to have to get her clothes off and be searched. Ethan suddenly finds himself very excited at the possibility of seeing his wife undressed for a change. But then, even better, the guard explains that Ethan’s help will be required with the more “intimate” parts of the search since there are no female guards on duty, and male guards are not allowed to touch female suspects “below the belt, ” so to speak. Well, Ethan’s libido goes berserk! First, Aubrey’s shivering, nude body is such a sight to behold and to examine. Second, her embarrassment and humiliation—multiplied by the presence of the two male guards and even a couple of dirty-minded onlookers—is giving Ethan a taste of a more submissive, vulnerable Aubrey, as well as a heady, newfound feeling of power and domination over her. How much power? Well, let’s just say that searching his hot, formally bossy wife, though certainly gratifying, simply won’t do! Fans of ENF, CMNF, submissive female erotica—this story is for you. And if you like your females highly humiliated and easily subjugated, you’re in for a treat! Get your tantalizing copy today!

This is Book #2 in J. C. Cummings’ newest series: “Horny Husbands, Humiliated Housewives” series. From J. C. : In my experience, there are multitudes of husbands out there who, on the one hand, love their wives dearly. Sadly, when it comes down to sex-stuff, these wives often let modesty, innocence, or conservative morals get in the way of giving their husband some of what they truly want—even if it’s naughty, kinky, or just plain dirty. Hey, guys like ‘dirty’—it’s how they roll. If only their wives could let them take charge and indulge in their dirty side once in a while. In this sleazy series, one sexually frustrated husband after the other is given the thrill of a lifetime when his modest wife finds herself naked, shaking, and made to submit to his domination over her in the most titillating ways imaginable. In the end, she’s harrowed and humiliated out of her mind, and he’s happy, hard, and finally in control! Each story is a dream-come-true for some lucky “man about the house”! 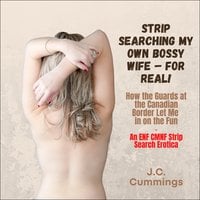